Over the weekend, the Oldenburg Central Criminal Inspectorate (ZKI), led by the State Central Cybercrime Office (LZC) of the Koblenz Prosecutor’s Office, managed to arrest the alleged operator of the illegal market DarkMarket, according to a statement published yesterday by the Attorney General Dr. Jürgen Brauer.

After months of intensive investigations, the police managed to shut down the market and shut down the servers on January 11, with the support of the US FBI, DEA and IRS, as well as British, Danish, Swiss authorities, Australian, Ukrainian and Moldovan.

DarkMarket is believed to be the largest illegal market in the world at the time of its closure. Almost 500,000 users, including more than 2,400 vendors, bought and sold all kinds of drugs, malware, anonymous SIM cards, counterfeit money, stolen credit card details, and much more. DarkMarket was the page in which there were at least 320,000 transactions, which represents the change of hands of more than 4,650 bitcoins and 12,800 moneros, which at the current rate corresponds to more than 140 million euros (170 million dollars) .

Monero is a privacy currency, which makes it popular for criminal activities as it hides user addresses and transaction amounts, making it difficult for authorities to track operations. For this reason, it has attracted the attention of regulators in the United States and other countries, along with other privacy coins such as Zcash and Dash. Last month, the Financial Crime Suppression Network (FinCEN) proposed a rule change that would establish new reporting requirements for these currencies to combat the threat of illicit finance.

The activities of DarkMarket came to the attention of German authorities in the course of a major investigation against Cyberbunker, a web host located in a former NATO bunker in southwestern Germany where the market was temporarily hosted. This latest market crash follows the closure of similar websites on the darknet, AlphaBay in 2017 and Wall Street Market in 2019.

In Moldova and Ukraine, a vast infrastructure related to DarkMarket, including more than 20 servers, was seized, data that the researchers plan to use to launch new investigations against moderators, buyers and sellers who used the darknet page.

The alleged DarkMarket operator is a 34-year-old Australian citizen who was detained near the German-Danish border. He did not offer any information about the case when he was brought before an investigating judge and his preventive detention was ordered. 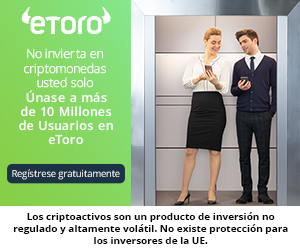