Home > News > Will the SEC Give a Different Verdict on Bitcoin ETF?

High expectations of a bitcoin ETF were dashed this week after the Securities and Exchange Commission postponed its decision to a later date. The cryptocurrency market came reeling as a result with investors taking a negative view of the development. The market has since lost nearly $40 billion in less than a week with bitcoin threatening to go below the key psychological level of $6000. 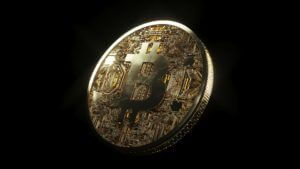 The leading cryptocurrency at one point traded below the 50 day moving average setting off alarm bells in the market. The highly volatile industry is particularly sensitive to news, however little in significance they may seem. The recent surge for example was occasioned by the expectation that the SEC would approve a bitcoin ETF submitted by Gemini. The rejection kicked off the ongoing sell off.

So, is the bitcoin ETF some to look forward to? On the face of it, it could more institutional investors into the market. However, bitcoin futures have been around since December but has only provided an opportunity for more pessimistic investors to short the market. The decline since early this year has been partly attributed to this fact.

Luckily, the decision on the bitcoin ETF could come as early as August 10. But should we really expect a different decision from the one just made in July?

Well, the current proposal presented by VanEck and SolidX is different is some aspects from Gemini’s rejected proposal.

While the bitcoin ETF proposal has been in the works for about three years now, it was only revealed around June.

In rejecting the recent proposal by Gemini, the SEC had cited concerns over market manipulation and security of customer’s funds.

VanEck addresses these issues by insuring its product and protecting it from thefts, an official at the company said in an interview.

The price of the bitcoin ETF is also set at $200,000. This essentially means that the fund is targeted at accredited institutional investors

Several outcomes could come out of the SEC. For some enthusiasts, an outright approval would be the most desirable outcome. However, wholesale approval is unlikely.

Another scenario is where the SEC can ask VanEck to make a very tweaks here and there to conform to its requirements. This could usher in a long process of amendments that can take months.

A rejection is also possible although the fact that the decision was postponed may be relooking at some issues.

For now, the market is on edge.

After a sustained drop, bitcoin’s price is now at $6472 according to data from Bitfinex. This represents a jump of about 3% in the day.

There is more good news. Looking at the volumes, bitcoin has a daily turnover of about $4.3 billion. This figure has gone as high as $4.8 billion in the day.  The high volumes might indicate we are in the cusp of another rally. Prices have gone as low as $6250 in the day and the uptick indicates the coin might have been oversold.

Altcoins are turning green too with some of the top 20 coins recording as much as 9%.

Even then, the market is still in bear territory and the top coin will need to stay above $7000 to shake off this trend.