Axie Infinity (AXS) is a blockchain-based trading and battling game where each Axie is a non-fungible token (NFT).

The Sandbox (SAND) is a blockchain-based virtual world where users can create, build, buy, and sell digital assets.

Enjin Coin (ENJ) is the token that represents value within the Enjin Network. Enjin is a decentralized platform that enables users to create digital assets and load them on Ethereum to migrate them into games and applications. 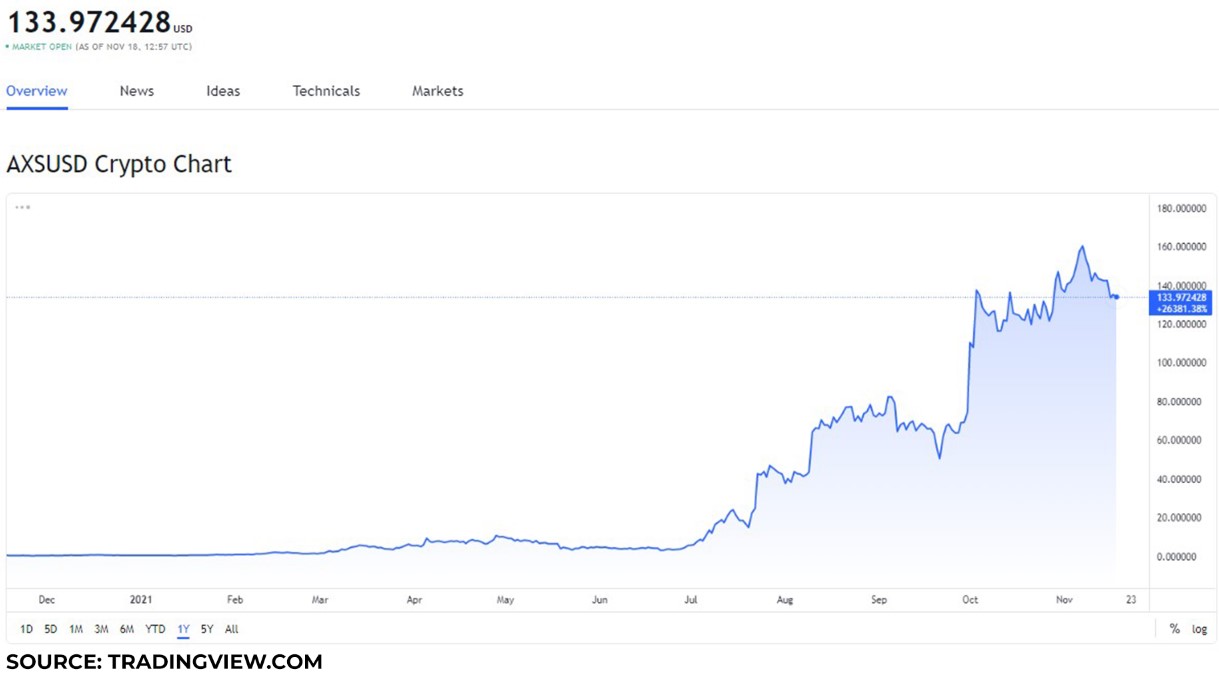 To get a better indication as to exactly what kind of value point this is for the token, we will compare it to it's all-time high value as well as its performance in October.

When we look at October, on October 1, AXS had a value of $74.35. This was its lowest value point of October.

With this in mind, we can expect AXS to reach $145 by the end of November, making it a solid buy. 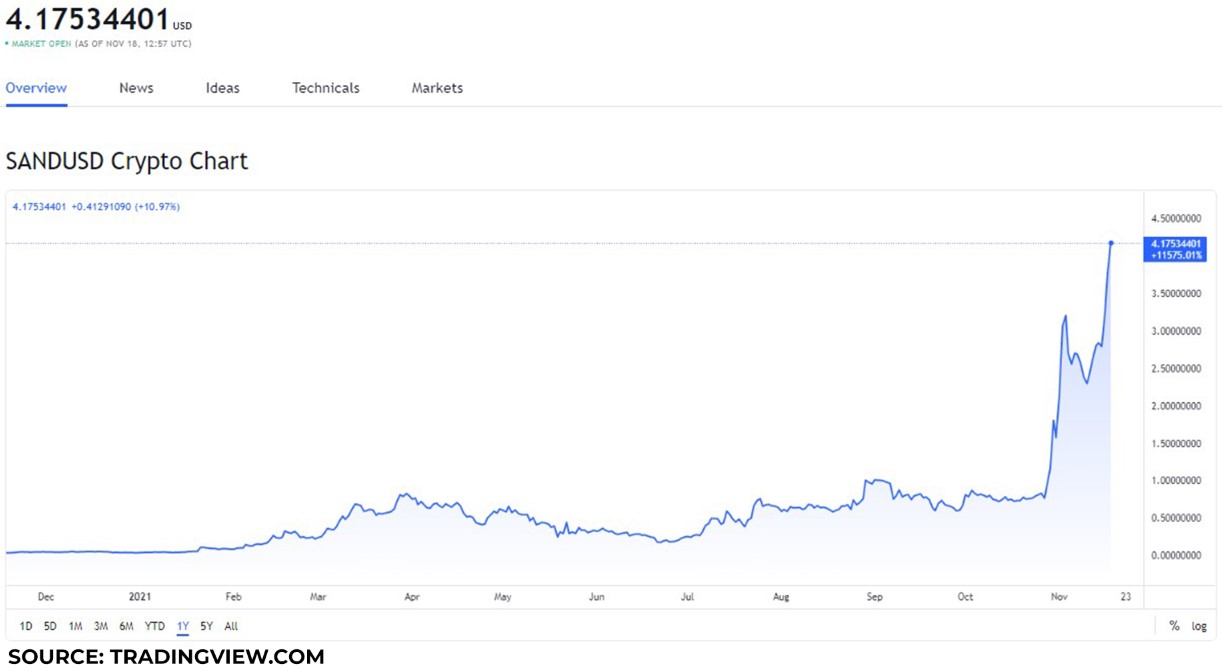 To get a better perspective as to what kind of value this is for the SAND token, we will go over its all-time high value as well as its performance in October.

On November 18, an hour prior to writing this article, the SAND token had its latest all-time high value of $4.33. Here, we can see that the token was $0.16 higher in value at its ATH point or 3% higher.

When we look at October’s performance, SAND had its lowest value on October 12 when it dropped to a value of $0.6879.

With this in mind, we can expect the SAND token to reach a value of $5 by the end of November, making it a solid buy. 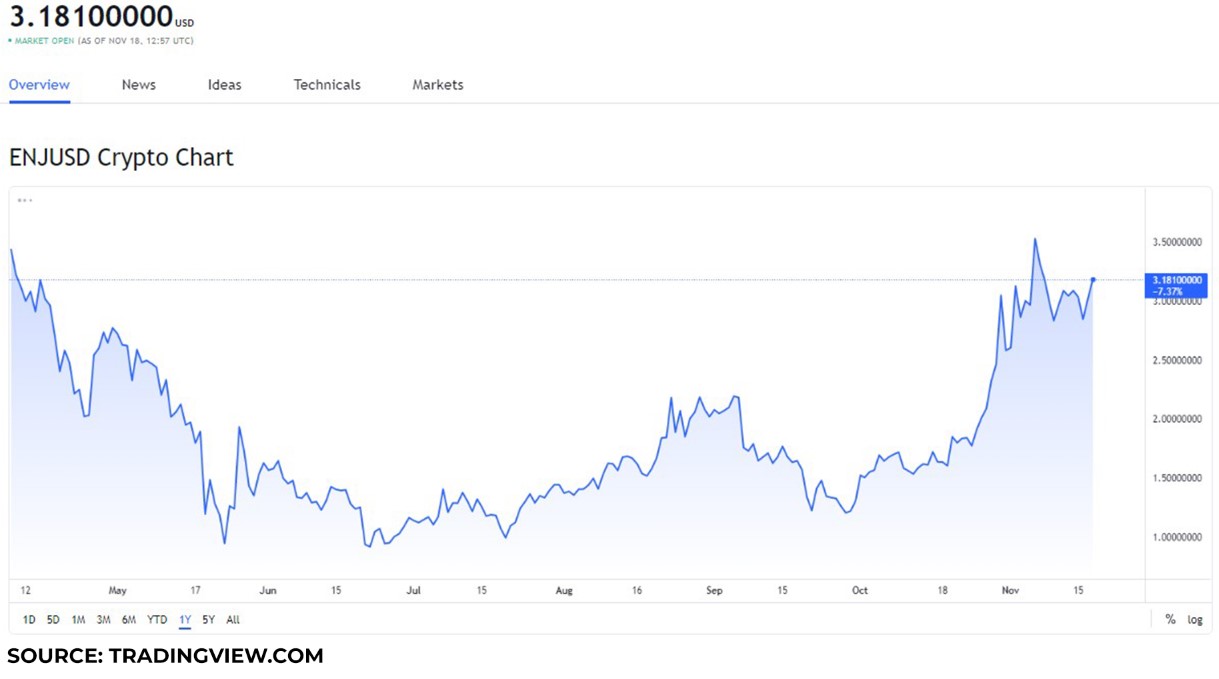 To figure out exactly what this value point is for the ENJ token and how it can grow, we will analyze its all-time high value and its performance in October.

When we look at October, the token had a value of $1.29 on October 1, which was its lowest point of the month.

With this in mind, we can expect ENJ to reach $4 by the end of November, making it a worthwhile purchase.