Cardano is a blockchain and smart contract platform that relies on its native cryptocurrency token ADA and uses a proof-of-stake (PoS) consensus model.

Solana is a web-scale blockchain that provides quick, secure and scalable decentralized applications (dApps) and marketplaces, where the SOL token is the native cryptocurrency token that powers it.

Terra Luna is a dual-token platform which is a network that works through two intertwined tokens that have separate utilities.

Should you invest in Cardano (ADA)? 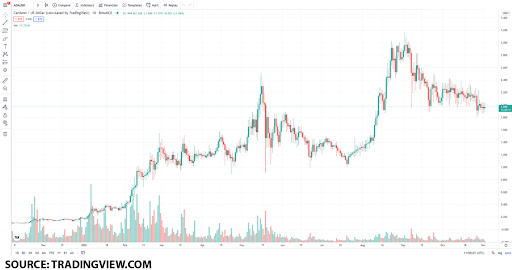 To get a better perspective of the value point of ADA, and what kind of potential for growth the token has, we’ll be comparing it to it's all-time high value and its performance throughout October.

With all of this in mind, ADA has the potential to reach an increase of $0.50 and get to $2.47 by the end of the month, making it a solid investment.

Should you invest in Solana (SOL)? 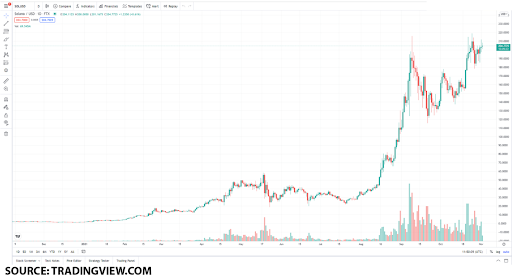 From its ATH to November 2, the token dropped in value by $14.28 or by 6%. With this in mind, it can still pick up in value and increase to $210 by the end of November, making it a worthwhile investment.

Should you invest in Terra (LUNA)?

At this rate, the token can potentially go over its current ATH point and increase to $52 by the end of November, making it a worthwhile investment on November 2.

Top 3 tokens to buy on November 29, SOL ADA and ETH