Home > News > These are the best GameFi tokens worth your attention on March 8, 2022: AXS, GALA and ENJ

We are going to go over each token individually to truly showcase how they have historically performed and how they can grow in value. 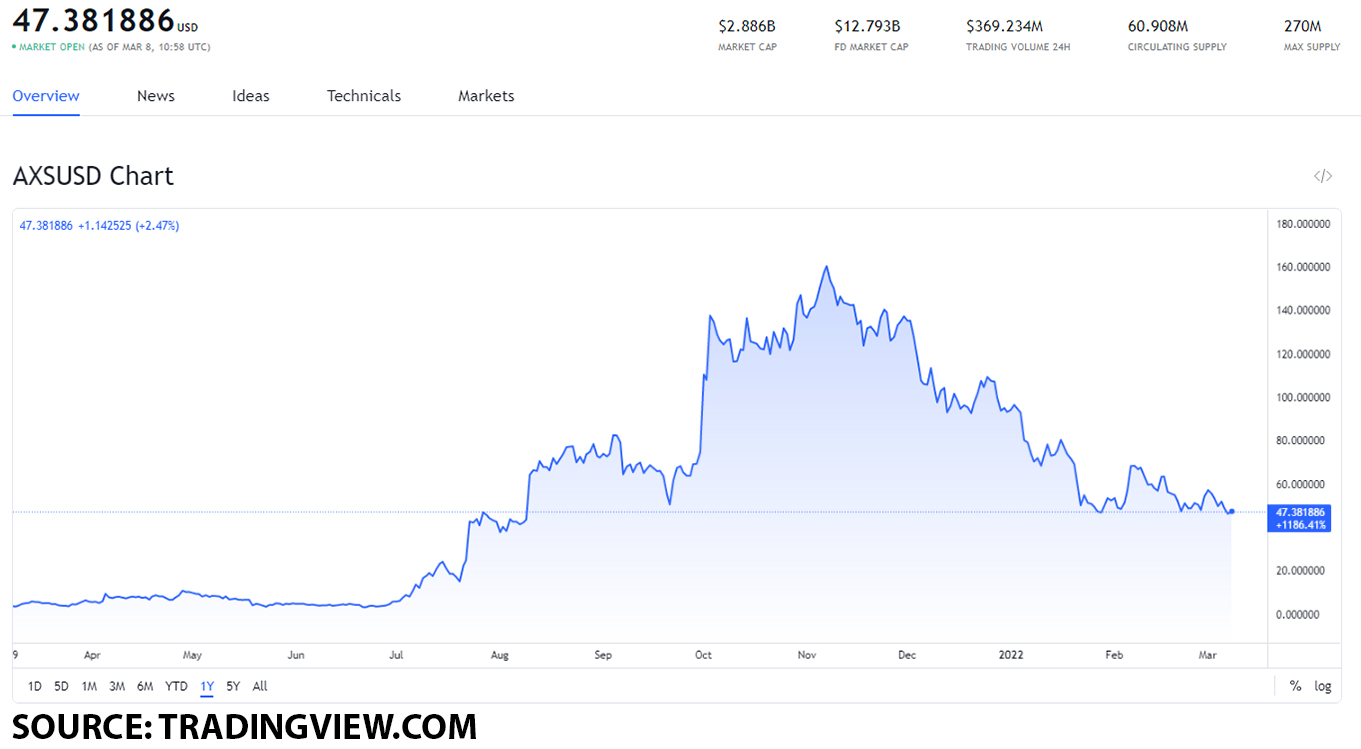 When we go over the performance of the token throughout the previous month, Axie Infinity (AXS) had its highest point of value on February 7, when it reached $71.22 in value.

Should you buy Gala (GALA)? 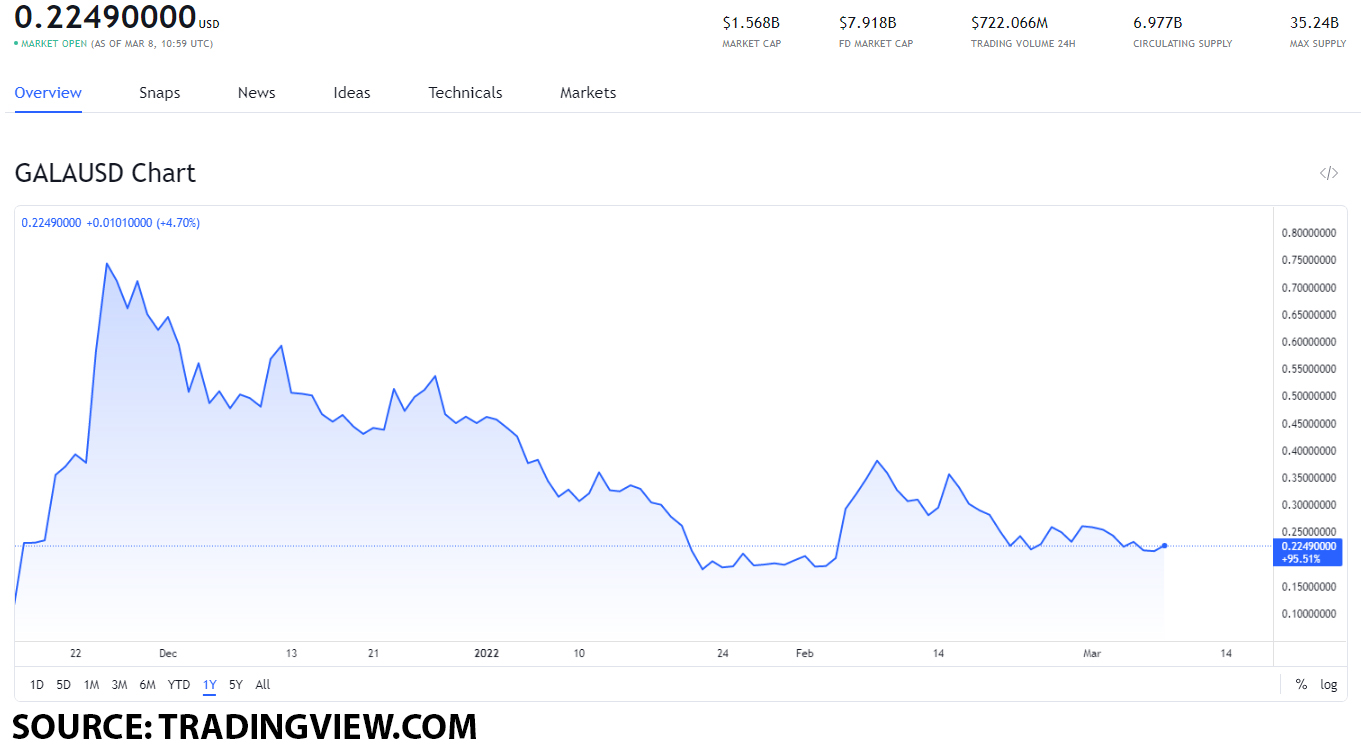 Discussing the token’s performance last month, Gala (GALA) had its lowest point of value on February 3 at $0.1819, while its highest point was on February 9 at $0.3838. 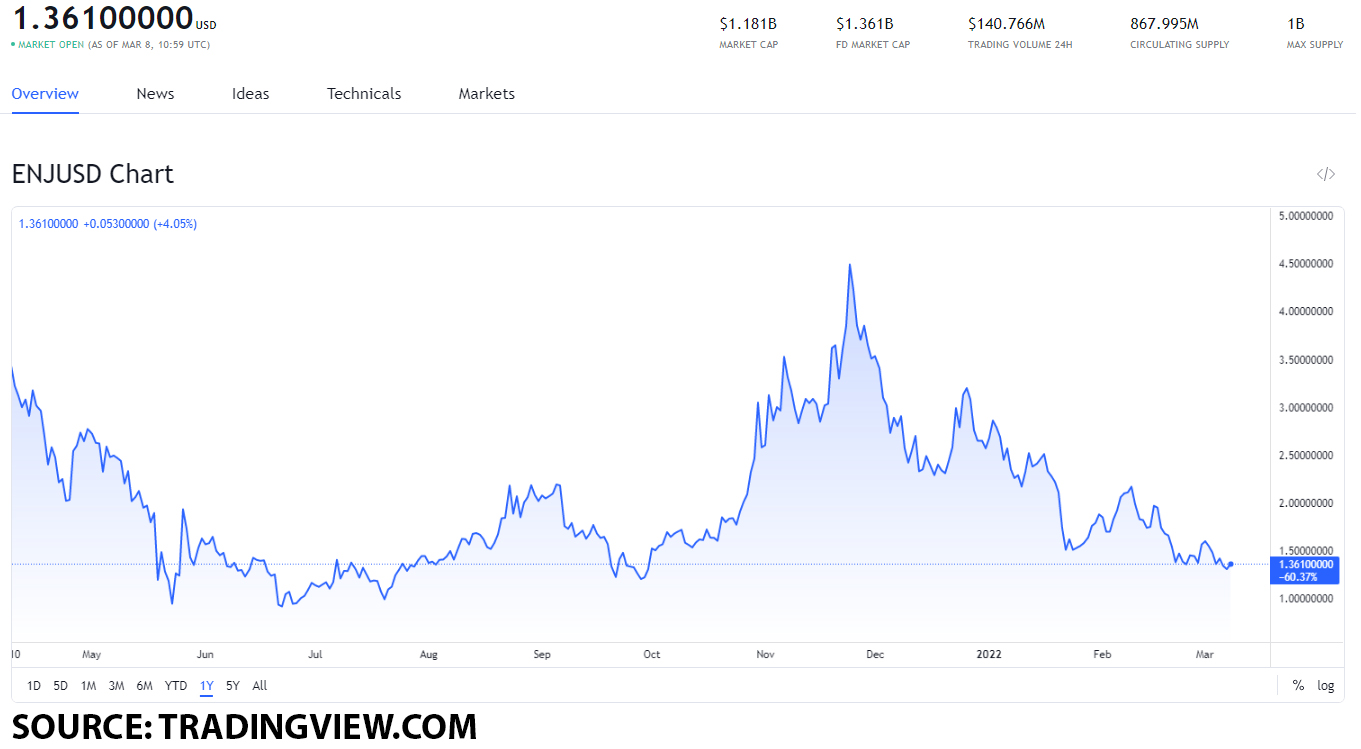