Iran is now ready to launch its experimental cryptocurrency project. Information, Communication and Technology minister Mohammad Azari-Jahromi said a meeting to review progress decided the experimental model was “ready.” The announcement comes within days of the central bank’s ban on cryptocurrency trading. The ban also prevents banks from offering services to entities dealing in cryptocurrencies.

The central bank’s [ban] does not mean the prohibition or restriction of the use of the digital currency in domestic development…Last week, at a joint meeting to review the progress of the [local cryptocurrency] project, it was announced that the experimental model was ready, Mohammad Azari-Jahromi said according to a report by Reuters.

The move can be traced as far back as February when the ICT minister first tweeted about the plans.

The initiative is a project under state owned Post Bank. Iran now becomes part of a growing list of countries in various stages of launching digital currencies. Venezuela has been in the forefront pushing for a state cryptocurrency in a bid to circumvent crippling international sanctions.

Iran faces the real possibility of new US sanctions over its controversial nuclear program. President Trump is planning to thrash an Obama-era deal which allowed it to continue with the program.

President Trump could withdraw from the deal as early as May 12 after the French president failed to convince him to change his mind. He could also choose to waive the sanctions although the former is more likely.

The rial, Iran’s currency has plummeted in response to the recent developments. Currency exchanges outside the banking system have been banned as authorities try to head off a possible collapse of the rial. No one is currently allowed to hold more than $10,000 in US dollars or Euros. The exchange rate has been set at $42,000 although a dollar is going for more than $60,000 in the black market.

Venezuela’s Petro is backed by the country’s huge oil reserves. The US president has however signed an executive order banning the cryptocurrency and US citizens from dealing with it. The order cuts off potential investment from the US. 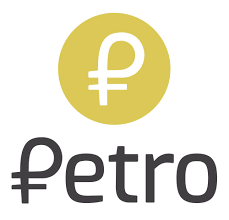 Marshall Islands has also recently launched its own project and intends to make the digital currency the only legal tender alongside the US dollar. A similar project is also underway in Dubai as part of the city’s ambitious development plan.

The mayor of Seoul has also mulled about the idea to help the city provide critical services to its residents.