Popular crypto markets analyst Credible Crypto has predicted that Bitcoin's recent rejection at $45k and correction downwards below $40k indicates that the asset is preparing for a surge towards $50k in the coming weeks.

In a post shared to his 313k-large Twitter following, the pseudonymous crypto strategist said that following its recent rejection at $45,069, the asset is now fitting into a triangle structure, similar to the one it showed when the price was at $10k. He explained that should the daily demand hold at $38k, then Bitcoin could complete its B wave pattern while it carves a bottom. 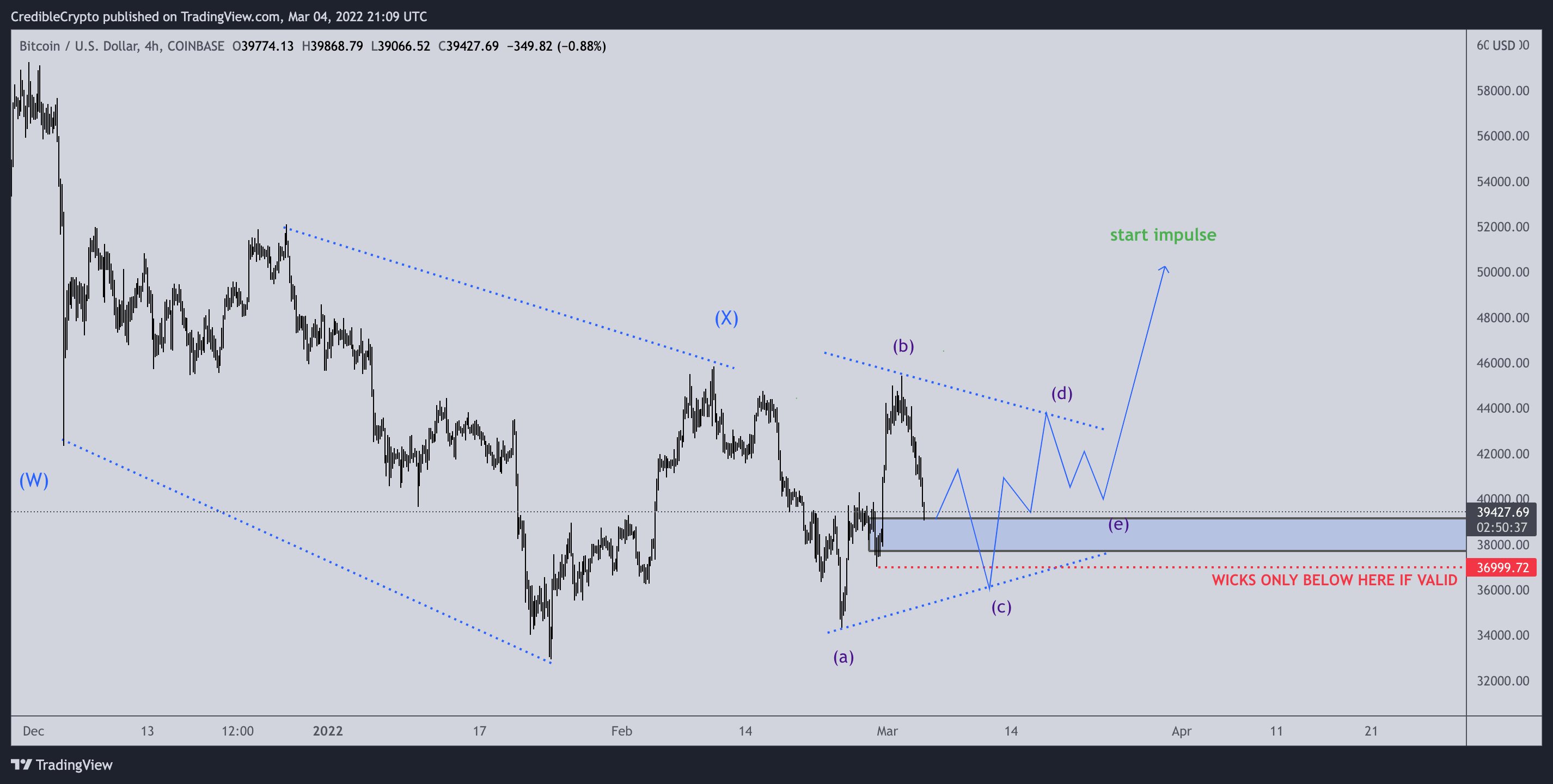 “The depth of this retracement means our B wave is likely complete already if this is a triangle structure – now a standard triangle (like we had at $10,000) rather than running. Daily demand in BLUE at $38,000 is still the key to hold for this idea to remain valid,” Credible said.

In addition, the crypto trader indicated that his bullishness is credit to previous market behaviour in the period before BTC surged from $10k (where it lay September and October 2020) to $60k.

At the time, Bitcoin plotted a triangular structure in its last segment of a corrective pattern just before the rally took off. 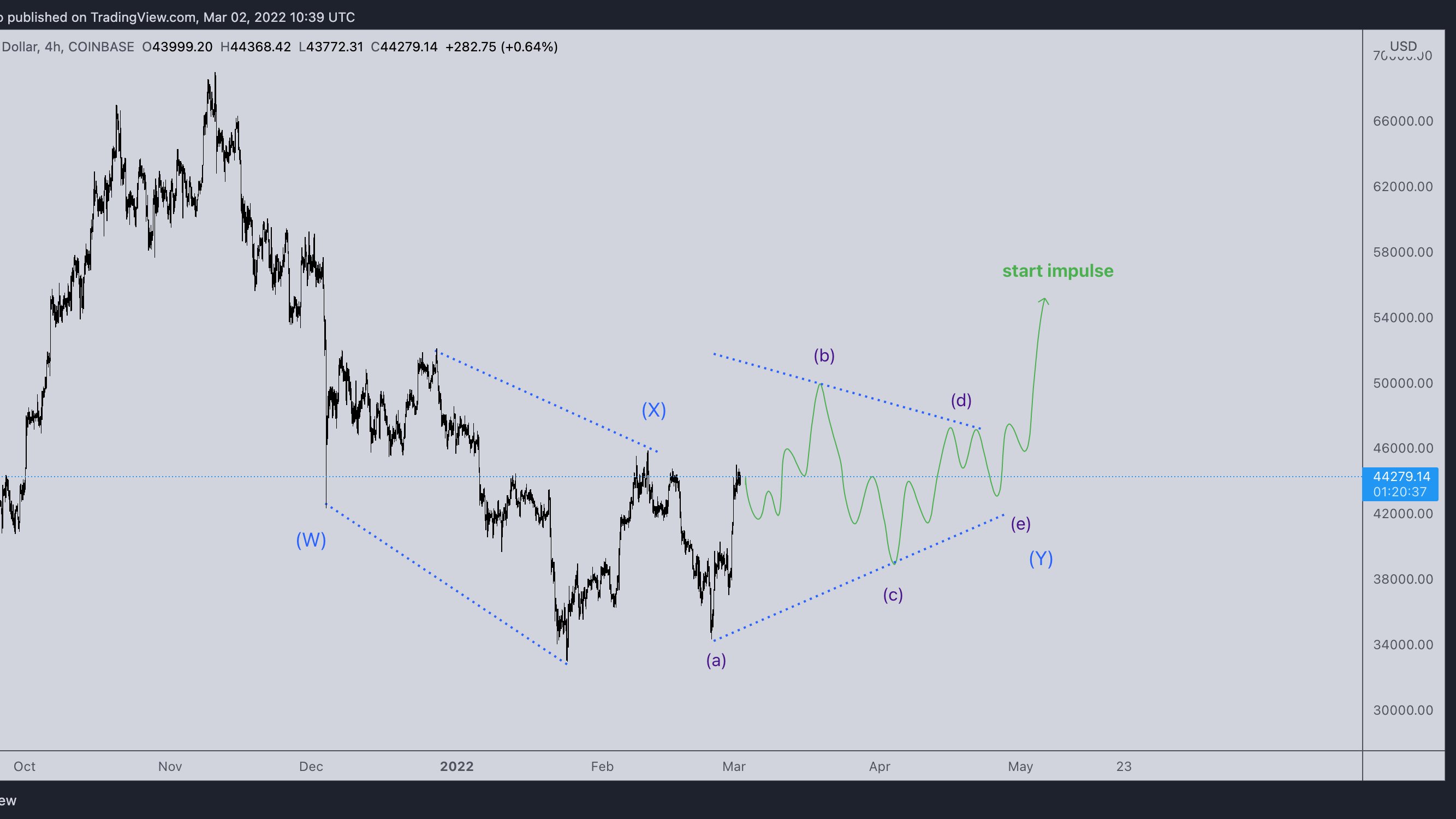 “The last segment of our corrective structure that preceded the third impulse wave from $10,000 to $60,000+ was a triangle. [It] would be nice to see something similar here if our bottom is in. Remember a longer base typically leads to a stronger impulse. Pullbacks on BTC to $38,000 – $42,000 are healthy.”

Credible Crypto also said that such bearish levels as predicted during the plunges earlier this year would not likely be achieved in this cycle. He noted that by rising above $44,700, the chance of Bitcoin falling below $30k reduced greatly. 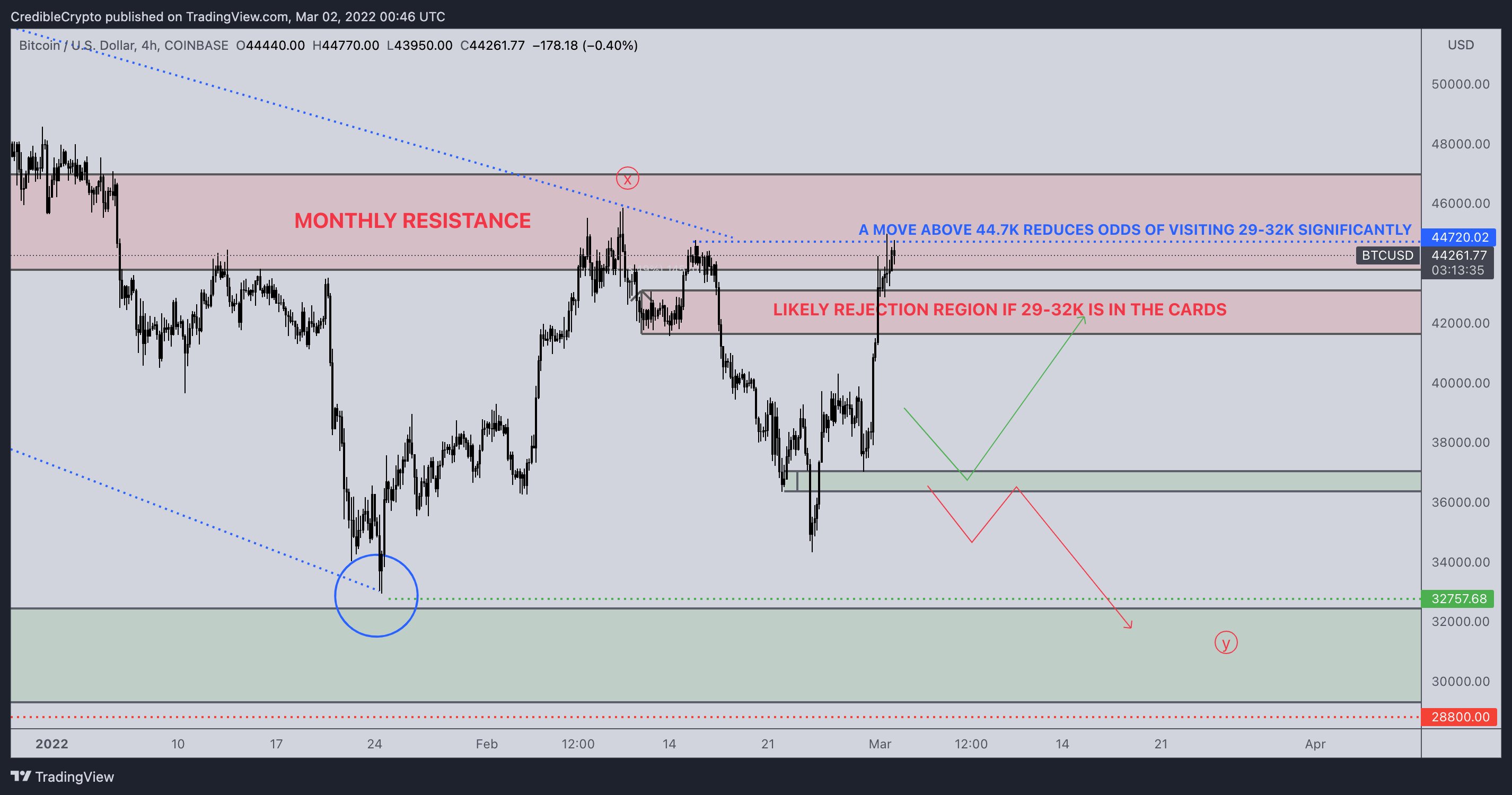