Verge Guide | Learn Everything About XVG

Verge (XVG)
...
24H Change
...
7 DAYS CHANGE
...
Market Cap
...
Author: Eleonora Di Felice
Verge Coin XVG is one of the most talked-about cryptocurrencies in the early 2018 market. This payment/privacy coin was one of only two gainers in the entire market, during the Q1 2018 crypto crash. It's huge community, active developer pool around the world, and growing use cases make Verge Coin XVG a project we expect to stick around for the long haul. Verge coin is bouncing back from a 51% attack, the recovery of which was accomplished by an emergency hard fork and software updates. Beyond this, Verge coin's future looks bright for 2018. We'll cover everything you need to know about this promising payment cryptocurrency. If you want to know how to buy Verge Coin, check out our complete How to Buy Verge Coin Guide

What is Verge Coin XVG?

Verge Coin started its journey as DogeCoinDark in 2014, named after the world's most popular meme cryptocurrency. In 2016, the coin was rebranded to Verge Cryptocurrency, and has since been gaining enormous traction in technology and investment communities. Verge coin is meant to improve upon ideas embodied in the Bitcoin blockchain.

There are many more ways that Verge sets itself apart from popular payment coins like Bitcoin, DASH, and Litecoin. Even with this short list, you can see that Verge coin is finding new ways to meet the needs of a diverse array of users. As more merchants and services accept Verge as payment and the community grows, fast, private, cheap, and secure payments may show the world that Verge coin needs to take the throne as the world's #1 payment coin.

What is Unique About Verge Currency?

Many cryptocurrency investors prefer to see a coin with a low circulating supply. Low supplies create the appearance of scarcity, even though coins like Bitcoin can be divided into millions of pieces called Satoshis. Because one Bitcoin is so expensive, users have to use confusing values (like 0.000061 BTC, for example) to make routine payments. Verge coin, in contrast, has a maximum supply of 16.5 Billion, to be reached through mining in about 8 years. This way, Verge XVG owners can use sensible XVG quantities for payments (like 100 XVG, for example).

How is Verge Coin Introduced to the Market? 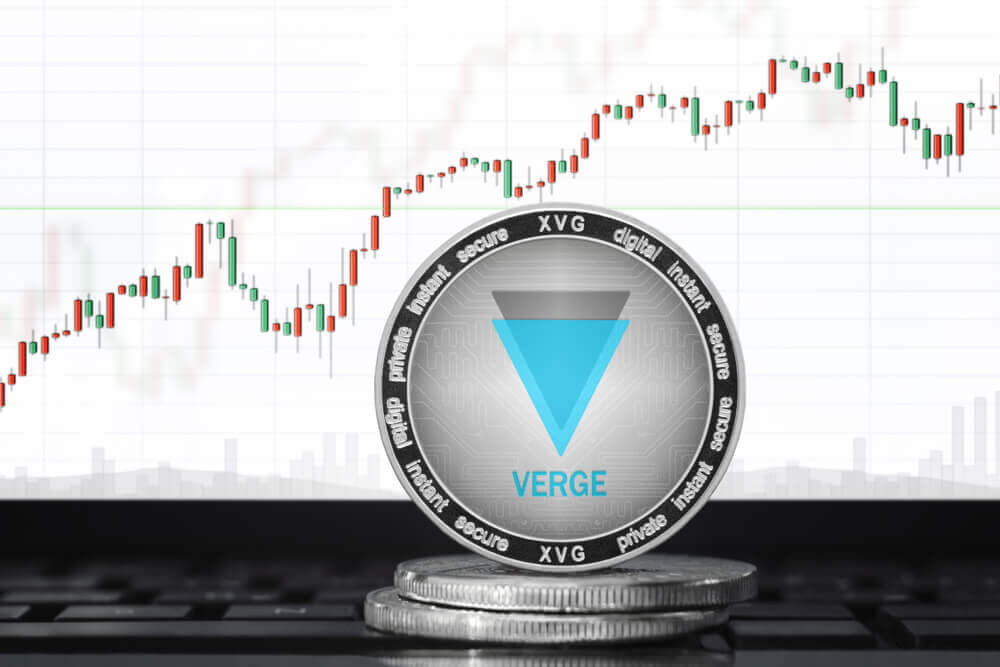 The earliest cryptocurrencies were mineable - certain users employed powerful computers to solve encoded problems that released new coins little by little. With the advent of the ICO (Initial Coin Offering), a new cryptocurrency project could release all of their coins at once, netting the project owners enormous profits in just hours. The ICO model has introduced some amazing blockchain projects, but the instant gratification funding model has also yielded a bumper crop of scams. Verge coin is fully mineable. Verge coin developers must buy their Verge XVG on the conventional market, just like everybody else. Verge coin miners can choose from 1 of 5 mining options: Scrypt, X17, Lyra2rev2, myr-groestl and blake2s. Bitcoin miners, in contrast, have only one mining algorithm to choose from. This allows the companies that create Bitcoin mining devices to charge top dollar. Meanwhile, Verge miners can choose whichever option is cheapest, or otherwise best meets their needs.

It's hard to believe that Verge coin has been around since 2014, back in the embryonic early days of the cryptocurrency industry. Back then it traded for literally millionths of a dollar. Verge Coin (DogeCoinDark in the beginning) hovered around these levels until development blossomed in 2017, when it exploded along with the rest of the crypto market to a height of over $0.22 per XVG. At the time of this writing, the Verge coin price has fallen to just over a third of that, to right around $0.08 USD. As Verge coin has recently survived a major controversy (more on this later), with continued enthusiasm in the buying markets, we expect to see Verge coin test new heights in the coming months, providing the rest of the market recovers as expected. If this does occur, the current Verge coin price may soon be looked back upon as a major buying opportunity for would-be Verge coin investors. Who is the Team Behind Verge Coin XVG? Unlike many cryptocurrencies introduced to the market with an ICO and premine, Verge Coin is not controlled by a company. Verge coin is based upon a decentralized blockchain platform. All Verge coin developers are volunteers. Some of them are successful early Verge coin investors, and some are employed through XVG donations by the community, but Verge coin is nonetheless operating by an informal, international team of volunteers. Verge coin is a privacy token, so the major developers of Verge coin tend to be a secretive bunch. Many are known only by pseudonyms and web handles. Still, the best and most active have earned reputations. Some of these include:

What Was the Verge Coin 51% Attack?

Verge Coin recently suffered a 51% attack. For those who don't know, a 51% attack occurs when a single mining interest takes control of more than 51% of the world's mining power for a single cryptocurrency. This majority status enables this entity to make any changes they like to the network - almost always with the intent of performing fraudulent actions which will net them enormous profits very quickly. This is exactly what happened when a malicious mining consortium took over the network. For many hours, they mined new Verge XVG much faster than normally possible, taking all of the block rewards (totaling over $1 Million in value) for themselves. The Verge dev team performed a Hard Fork, essentially turning back the clock to a time before the attack took place, then instituting a longer term fix in the days that followed. Because this attack and recovery occurred so recently, it's impossible to tell if Verge coin is truly out of the woods yet. But Verge coin investor confidence seems little shaken, and the Verge coin price stayed relatively steady despite this uncertainty. This was an unfortunate event, but the mistake ensures that future instances of this attack will fail, and the Verge coin dev team will be wiser in the prevention of alternate attacks.

Verge coin is something of a Cinderella story. Existing in total obscurity for many years, Verge skyrocketed to prominence only within the past 12 months. From its humble roots as a variation on a joke coin (DogeCoin...respect to Dogecooin btw), it is today one of the top 20 most highly valued cryptocurrencies in the world. Verge coin seeks to dominate a very important part of the cryptocurrency market: a payment coin with total privacy. There are many good privacy coins (like Monero and ZCash) and good payment coins (Bitcoin, Litecoin), but there isn't a coin which so completely fuses these two roles into one coin that's also convenient for a wide variety of users. Only time will tell if Verge coin succeeds in its mission to become the #1 payment cryptocurrency in the world, but we think they have laid a good foundation over the past half decade. We'll be keeping watch on Verge coin with interest, as will all of cryptocurrency's savviest investors.