Nano Guide | Learn Everything About NANO

Bitcoin is the biggest and most well-known cryptocurrency in the world. It has been used to send billions of dollars around the world, without government or central banking oversight. It has been called the biggest revolution in economics and computer science in the past half-century, and governments around the world are racing to figure out a way to regulate it. But does this mean that Bitcoin is too big to fail? Nano thinks not. Formerly Raiblocks, Nano is a cryptocurrency that's trying to take the throne from Bitcoin.

The Nano blockchain uses a number of interesting strategies to make its network faster and cheaper than Bitcoin, while eliminating the energy-guzzling POW system Bitcoin miners use. Nano is already capable of 300 transactions per second (Bitcoin can do about 10), with the promise of 7,000+ soon. Nano has a lot going for it and a committed base. It is, however, a relatively new currency. So will Nano win the race and become the new worldwide decentralized currency? Find out what its chances are below.

1
What is Nano Coin?
2
Cryptocurrency News

What is Nano Coin?

Nano was founded as Raiblocks in 2017. Raiblocks Coin (Nano XRB) never had a true ICO. Instead, XRB were given to people who solved simple CAPTCAs. Today, each XRB is worth over $10, so people who got in early using this simple method are sitting pretty. Today, Nano is the 19th most traded cryptocurrency, with a Nano market cap of over $1 Billion. From the very beginning, Nano set out to dethrone Bitcoin. It arose during the worst of Bitcoin's scaling, speed, and cost problems. It intentionally chose strategies not employed by Bitcoin to solve some of Bitcoin's biggest problems.

What Does Nano Do?

Here are a few of Nano's goals and methods simply stated. Each of these is a notable difference from the way Bitcoin is organized:

Who is the Team Behind Nano? Lots of blockchain projects are based upon great ideas, but only a handful truly have a team with the drive and skill to create a real product to match the ambition of their vision. Nano seems like one such team, as exemplified by Raiblocks/Nano creator and lead developer, Colin LeMahieu. LeMahieu's work history speaks to his deep knowledge of computer science, as well as his ability to lead projects from conception to release. LeMahieu's specialties include "C++, C, LLVM, C#, .NET, ATL, COM, cryptography, QT, CMake, CryptoPP, Boost, SQL, MSSQL, RDBMS, java, x86, win32, dlls, IPC, BHOs, WCF, MySQL, PostgreSQL, pci, multithreading, concurrency, verilog, vhdl, xml, XCode, Visual Studio, Clang, GCC, Linux, LKM" 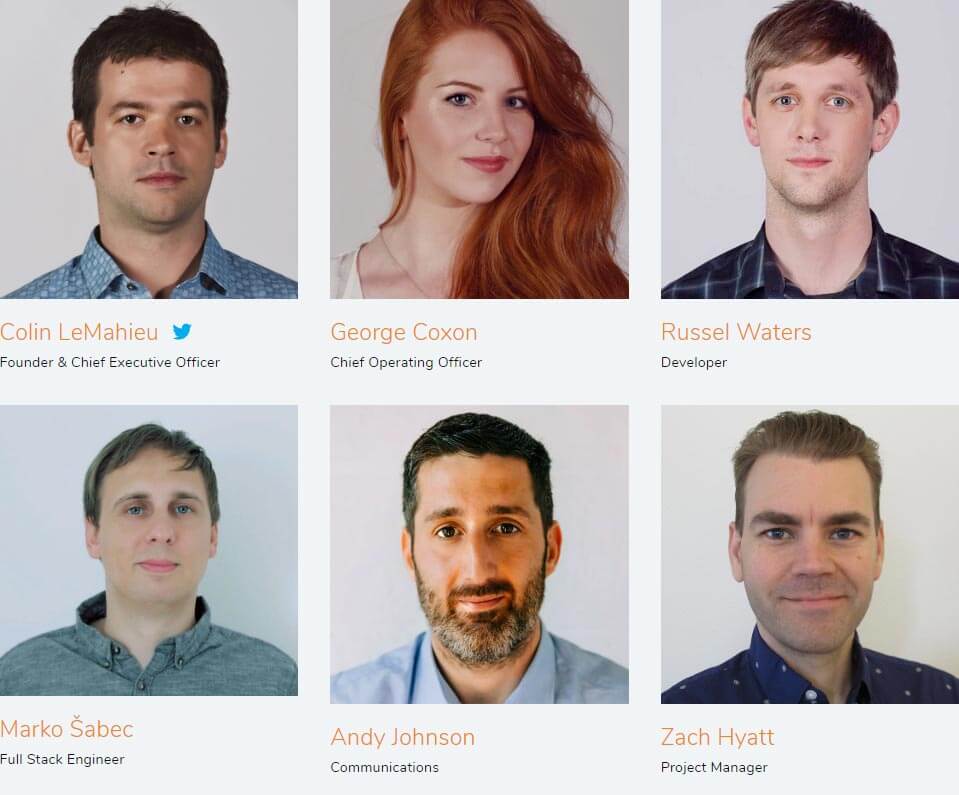 The rest of the Nano team is rounded out with developers, corporate builders, legal minds, and designers. It's not a large team compared to many other crypto projects, but in the case of Nano this may actually be a good thing. Nano has already proved that they can do more with less - that design and precision can out-distance hype, unthinkable budgets, and scores of team members. The Nano team strikes a solid balance in crypto. They're hard at work, but responsive to community questions and concerns. They don't create senseless hype, but they're highly communicative about updates and company news. Nano XRB investors have a lot to be thankful for.

Why Invest in Nano?

Nano has what many other newer crypto projects do not: a working product and a tangible use case. In short: Nano XRB is money. You can use it to buy stuff in a growing number of consumer environments. You can't use it as widely as Bitcoin, but that's the point. Nano coin is an upstart, a challenger to the throne. If it one day takes over where Bitcoin left off, it's current $8.48 price will seem like an inconceivable bargain. That's why early Nano (XRB Coin) investors are so excited. Nano has been demonstrating steady progress, and recently got added to the largest crypto exchange in the world, Binance. People are already using Nano coin to transfer wealth across the globe instantly and with almost 0 fees. If this trend continues, Nano will become a worldwide currency system of some note, and investment rewards will be great. If you choose to invest in Nano, we urge you to do some of your own research. Get to know the development team behind this coin. Become a part of the community and have conversations with Nano coin investors who have been around longer than you. If you then agree with us that Nano coin is a must-buy for crypto investors in 2018, give it a go.

All cryptocurrency investments are speculative, and some would argue that investment in Nano is particularly so. After all, they're trying to take market share from cryptocurrency juggernaut Bitcoin, the once and for all King of Crypto. But there are many reasons to believe that another coin could one day take Bitcoin's crown. Bitcoin used to represent nearly 100% of the total cryptocurrency total market cap. Today, "Bitcoin Dominance" is down to about 40%. Many other cryptocurrencies and cryptographic tokens have stepped into the gap, the largest of which now occupy significant chunks of total industry value. Nano has moved in less than a year from nothing to the top 20 cryptocurrencies, and its path forward may be easier than that of BTC. Unlike Bitcoin, Nano doesn't need Segwit or a Lightning Network to enter the future. It doesn't have miners to court and govern. It doesn't have fees with a history of going out of control. But Bitcoin is still #1, and it is addressing many of the issues that seemed to offer Nano a quick ascendency. Nonetheless, the Nano team knows they have a great product, and seem to be doing what it takes to bring a superior payment network to market. As awareness of Nano grows, the market will decide whether these two coins an coexist, or whether only one of them can stand as decentralized payment network for the world. In any case, we think that there's a lot more story to tell for Nano, and you can bet we'll be paying close attention. If you would like to know how to buy Nano, just check out our Buy Nano Guide. Even if you're not ready to invest just yet, stay tuned with Cointext.me. We'll definitely be covering this crypto story as it develops.