How to Mine Monero - Step-by-Step Guide

Mining in blockchain sense refers to the process of verifying transactions to ensure the validity of blocks before they are added to the blockchain. It helps secure the network, with miners who find the correct block receiving a reward in the form of new coins as compensation for using their computing resources.

As a Proof of Work (PoW) blockchain network, Monero (XMR) also relies on miners and follows a similar process to that of other PoW blockchains. However, it differs slightly from, say Bitcoin or Litecoin due to the use of different mining hashing algorithms and thus supported hardware. If you’re wondering about how to mine Monero, read on as this article will provide a step-by-step guide to Monero mining.

1
Our Quick Guide to Mine Monero
2
Requirements – What do You Need to Start Mining Monero Today?
3
How Profitable is Mining Monero?

Our Quick Guide to Mine Monero

Set up a Monero wallet

This is a crucial step before you begin mining XMR because a Monero wallet is where you'll receive the mining reward. You can choose to have a full node wallet or select a mobile wallet or a hardware wallet. Once you have the wallet set up, you are ready to start.

Although Monero mining is done via CPU and GPU, it is still very competitive and resource-intensive. What this means is that you might find it difficult to mine a block unless you have access to a massive hash rate. To surmount this challenge, individual miners join Monero mining pools. Here you can combine your computing power with other miners and increase your chances of winning the block reward.

You are now only a step away from mining XMR. But before you start, ensure everything is properly set. Go over your mining rig setup, power supply, and software. Check to ensure you have correctly configured your wallet to receive the new coins. If it's thumbs up to all these, sit back and start mining Monero.

Requirements – What do You Need to Start Mining Monero Today?

Unlike with Bitcoin or similar networks, you do not require an ASIC to mine Monero.

So, instead of ASICs, miners on this privacy-focused cryptocurrency network use Central Processing Units (CPUs) and Graphics Processing Units (GPUs). This has made Monero a very attractive coin for beginners or anyone who wants to mine but without having to invest in very expensive hardware.

With this knowledge, you can now go ahead and select the best mining hardware to start mining XMR.

But before you proceed, note the following three very critical factors that should influence your choice of Monero mining hardware.

While you can mine XMR with either, a GPU rig comes on top in terms of power but is more expensive.

Nvidia and AMD are the leading GPU cards for mining, and two of the most popular mining hardware tools for Monero are from these two companies.

The following are three of the best available XMR miners. The first two are GPUs while the third is for CPU mining. 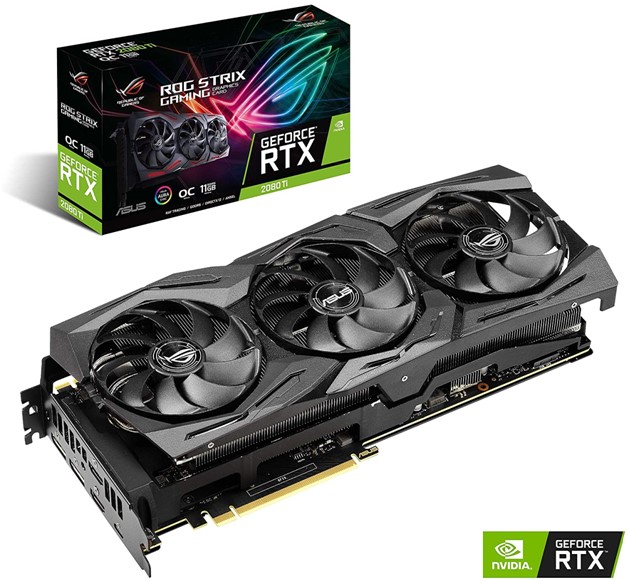 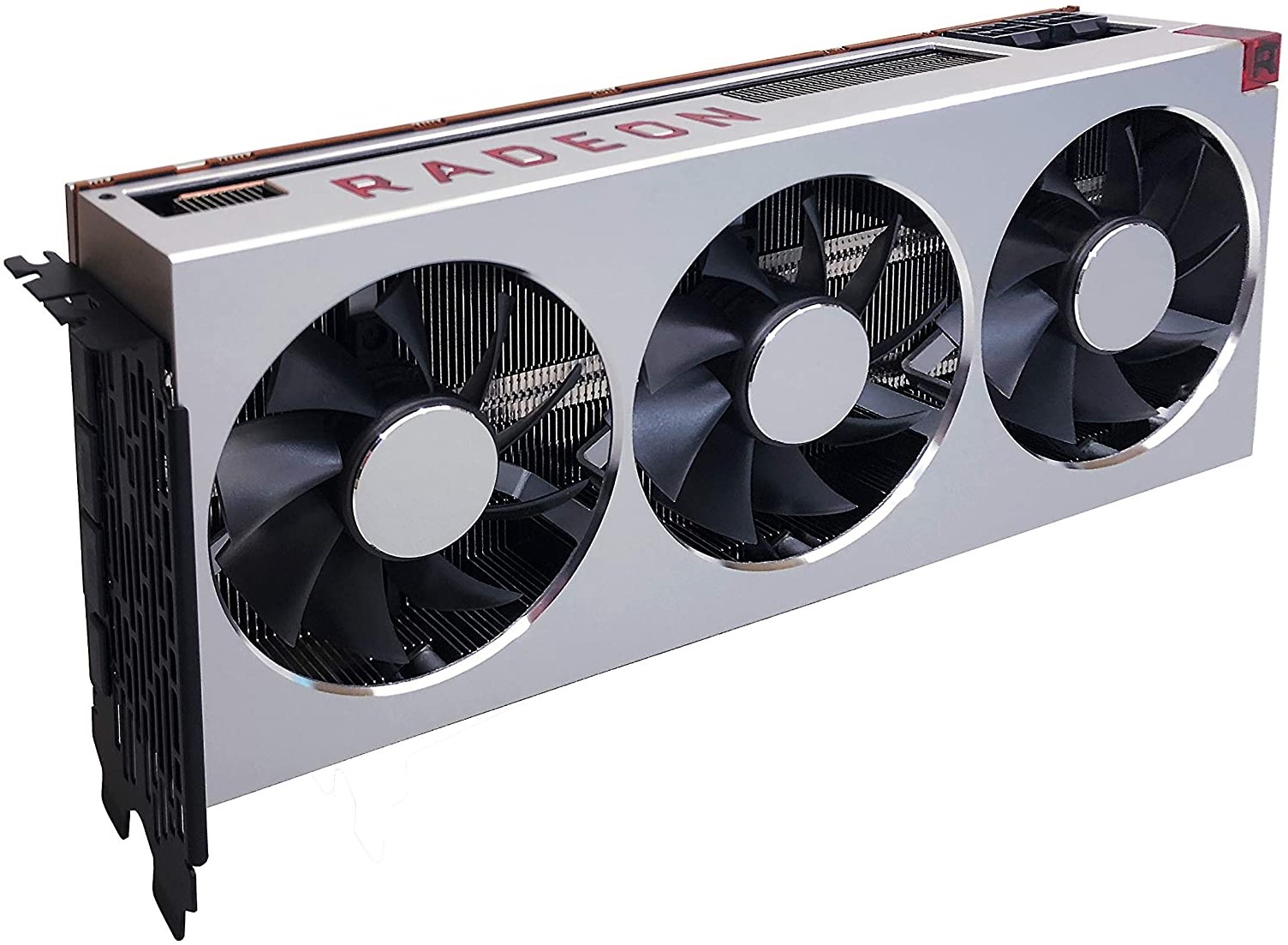 Mine Monero with this AMD Radeon VII super fast graphics card that packs 1700 H/s in hash rate and power consumption of 300W.  This efficient GPU works well with the XMR-Stak mining software. 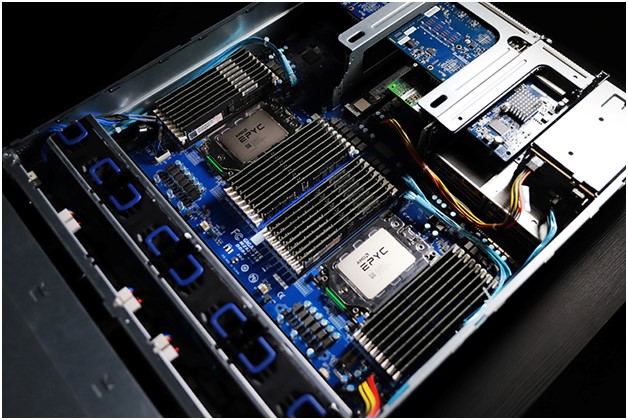 AMD's EPYC 7742 features 64 CPU cores and boasts over 44,000 H/s of hashing power. It is an efficient device, consuming 225W off the wall. But beware as this is quite pricey, although the quality makes up for all the bucks you'll pay.

Mining cryptocurrencies also requires that you have the right mining software. This needs to be compatible with your hardware and mining pool. The software will help you connect your hardware to the Monero blockchain and to configure other settings essential to the process.

You can either use desktop software or choose to go for mobile options. Some products offer cross-platform functionality. Note that a desktop version will work from your computer's desktop, while a mobile version can be accessed anywhere via a mobile device.

While it's easy to find a suitable software version for your rig, always ensure you check on compatibility. We emphasise this as non-compatibility is as good as just wasting your electricity, with mining rigs running but you won't be mining at all.

Which software people use to mine Monero

You'll notice that there are several types of Monero mining software you can choose from, all tailored for CPU and GPU mining.

The most popular Monero mining software used today include:

Can I Use my Personal Computer to Mine Monero?

Technically, you can use your personal computer to mine Monero because XMR mining supports CPU mining. But this will need to be a high-end computer, like those designed for gaming or an i5 or i7 processor. These can get you mining negligible amounts of XMR.

If you are serious about mining with a CPU, then you might need to tweak your PC into a setup that can mine comfortably for profit.

To get going, pair your PC with a CPU designed to support crypto mining. In most cases, these are Intel Pentium processors, which you can easily get. You could also check out AMD's Ryzen Threadripper 1950X or Ryzen 7 1800x, among other options in the market.

Once these are sorted, you'll need to have RAM, a dedicated GPU, motherboard, and a solid-state disk (SSD) to inject speed into the mining rig. With this, you could assemble a powerful mining setup, with your personal computer running Windows, Linux or Mac OS used to boot the system.

To use the CPUs and your PC to mine XMR, you could use Minergate. Once you create an account and download the mining software, follow the guidelines to start smart mining.

Technical Knowledge Required to Mine Monero

Mining can be a complex activity, especially if you are a beginner. Part of the problem comes with the difficulty of grasping key terminologies. Although you are going to get savvy at some point, here is a simple explanation of some of the technical terms related to Monero mining.

Before you begin mining Monero, decide whether you are going to solo mine or join a mining pool. As explained earlier, Monero mining uses hardware that might not be as expensive as those for Bitcoin. This means with a sizable capital, you could assemble powerful GPU rigs and try solo mining.

However, you might struggle given mining is fiercely competitive and that you would still be competing against mining pools. Pools allow miners to combine their computing power and to mine as one, and therefore greatly increasing your chances of finding a block and earning a reward.

The reward is shared amongst the miners as per an individual miner's contributed hash rate. For example, if your hash rate makes up 3% of the pools' total processing power; you'll get 3% of the 1.14 XMR given as block reward.

If you increase your contribution, you increase the potential reward ratio. It's that simple. But note that some pools have joining or pool maintenance fees and that comes from the pool reward.

You also need to do your due diligence when selecting one.

To give you a head start, here is a list of the top Monero mining pools.

You can also look to Monero cloud mining as an alternative if you don't want to run the mining hardware. Cloud mining allows you to get a mining contract from a cloud service company. The company will rent you computing power from their large data centres, which you can use to mine XMR. Once you pay a fee, you can earn rewards from the mining venture.

Advantages and disadvantages of cloud mining:

How Profitable is Mining Monero?

You can generate profit from mining Monero, especially as it is one of the cryptocurrencies that you can mine using a simple CPU/GPU mining setup. But that isn't what could make Monero mining profitable.

The following factors will impact profitability:

Mining uses hashing power and the higher the better the hardware. But that adds to the initial cost, with overhead costs in electricity and maintenance also adding to the overall investment. When you mine, the price of Monero could also have gone up or dropped significantly, which could impact profitability. So you need to pay attention to these factors as you calculate potential mining profits.

You can use freely available online calculators to speculate on potential XMR profits.

For example, a GPU miner with 150KH/s and power consumption of 200W at $0.10/kWh would see you get about $11.68 in daily profit. This is after deducting electricity costs and paying a 1% pool fee. In a year, a miner could make about $4,119, which is the time it may take to get to ROI if your initial costs were as high.

According to Monero blockchain data, mining profitability currently stands at 0.0797 USD per day for every Kilo Hash/s (KH/s). You can multiply that with the hash rate of your XMR rig to see its potential profitability.

Congratulations! Now you need to decide what to do with your coins. You could sell them immediately and get the profit or decide to hold them in a secure wallet as a long-term investment.

If you decide to sell your Monero, then you could do so via a cryptocurrency exchange or through a peer-to-peer (P2P) platform.

Via a cryptocurrency exchange: You will need an account, after which you can transfer your cryptocurrency to the exchange and proceed to sell. Remember that exchanges charge fees and the overall profitability could have changed due to price swings. Remove all coins you are not selling off the exchange into a secure offline wallet.

Via a P2P network:  You can sell directly to a local buyer via a peer-to-peer platform. Once you find a trusted platform, get the buyer to pay first before you transfer your XMR coins.

Saving Monero Coins in a Secure Wallet for the Long Run

Not selling your XMR coins immediately you earn them from mining might mean that you plan to hold onto them long term. This is called "hodling" in cryptocurrency, a popular investment strategy that sees investors buy and hold positions over a long period. For most hodlers, the driving view is that the coin could be worth much more in the future.

If this is what you plan, then you need a secure wallet to store your Monero coins. There are several Monero wallets you can choose from, including from popular hardware providers.

Here below is a list of recommended Monero wallets for long-term holding: