How To Mine Cryptocurrency - Step-by-Step Guide

Cryptocurrency mining is the process of solving complex mathematical problems to confirm transactions on a blockchain. It typically requires using computing power and energy. For every block of transactions miners confirm, they are rewarded with a “block reward” in the form of cryptocurrency tokens.

The mining process was pioneered by Bitcoin creator Satoshi Nakamoto and is a core reason why blockchains are secure and decentralised. Anyone can become a miner, and there is no central governing authority. This guide takes a look at how to mine cryptocurrency and what you need to get started.

Our Quick Guide to Mine Cryptocurrency

Set up a Cryptocurrency wallet

The first step before you start mining any cryptocurrency is to set up a wallet address for storing your tokens. Every cryptocurrency has an official wallet designed specifically for storing its tokens. There are also different hardware and software options and paper wallets.

Mining solo is not recommended, especially for older cryptocurrencies like Bitcoin. As more transactions are confirmed, the problems miners need to solve become more complex. Mining Bitcoin today requires a prohibitive amount of computing resources and energy. To get around that, consider joining a mining pool—a group of miners who pool their resources and proportionally share the block reward.

There are checks you need to make before you begin mining. First, identify your mining computer’s hash rate to figure out how much you can contribute to a pool. Then check the estimated electricity consumption and cost of power per KW/h. Use this information to calculate whether mining will be profitable for you.

Requirements – What do You Need to Start Mining Cryptocurrency Today?

Mining cryptocurrency for a profit is a long-term investment. It requires knowledge about using mining hardware, software, and other technicalities. This next section will cover everything you need to know.

Anyone serious about mining cryptocurrencies needs to build a “rig”. A mining rig is a customised PC that uses its graphics processing unit (GPU) to complete complex problems and “mine” the next block in a blockchain.

Older cryptocurrencies like Bitcoin use a Proof of Work (PoW) model. Transactions are grouped in a memory pool and must be validated by miners. Every block in the blockchain has an encrypted hash value that a miner needs to discover. Once the hash value is discovered, the miner announces their discovery to the network so that other miners can verify it and transactions in the memory pool are validated. The block is permanently added to the blockchain, and the block reward is released to the miner.

About a decade ago, mining a cryptocurrency that used a PoW algorithm could be done using your personal computer’s CPU or GPU. For perspective, the difficulty level of mining Bitcoin in 2009 was 1. As of January 2021, the mining difficulty reached 20.6 trillion. The ballooning difficulty is because more people are mining at a larger scale than ever before.

All of this is to say that you need a mining rig with a powerful GPU or specialised computers called Application Specific Integrated Circuits (ASICs) if you want to earn a profit. Machines with that much juice can run from $500 for entry-level devices to $10,000 for high-performance miners. Some key factors to look out for when choosing one include:

Below are some of the most popular ASICs and GPU miners on the market today.

Bitmain is a world-renowned maker of ASIC mining hardware for different types of cryptocurrencies. The Antminer S19 Pro is among its newest generation of ASIC miners that is billed as “the future of mining”. 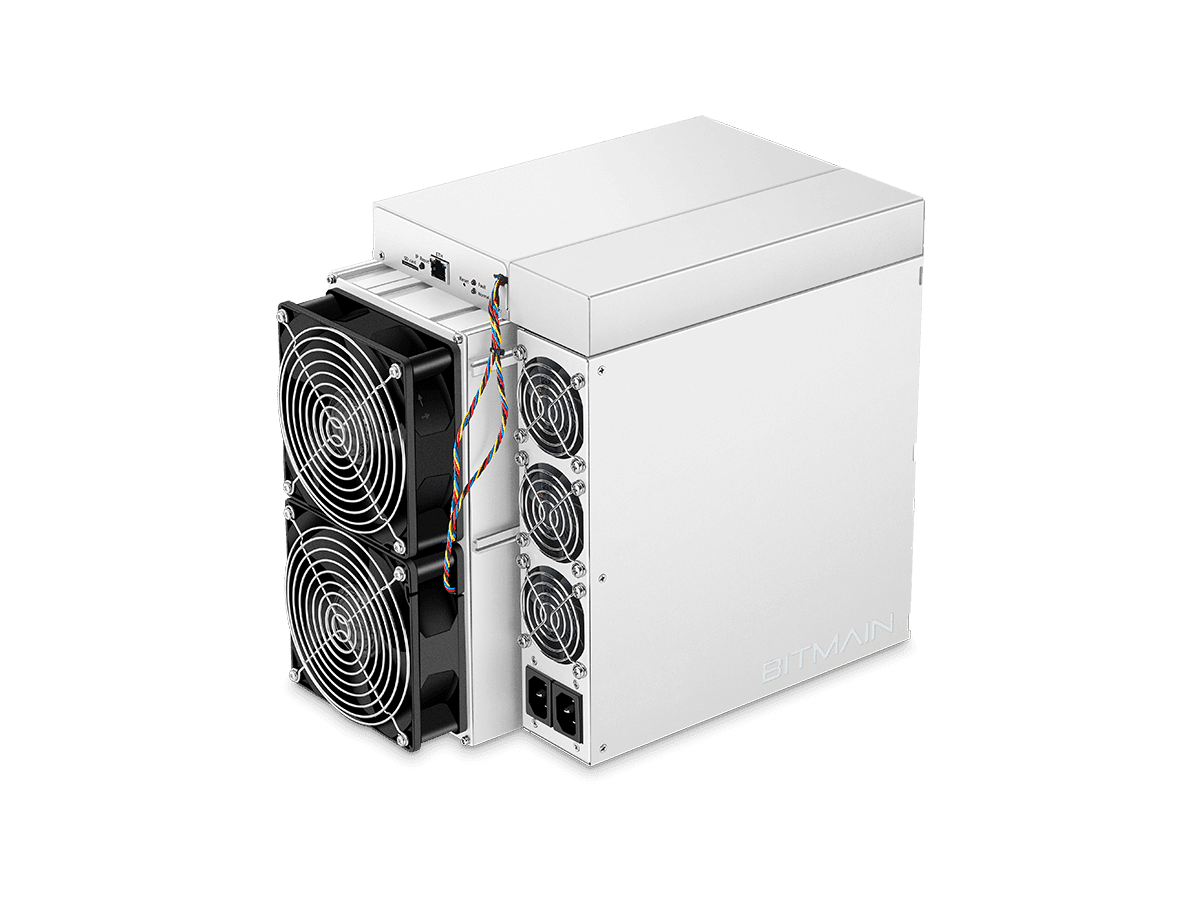 The Shark Pro is a compact pre-built GPU rig manufactured by Shark Mining that can mine 55 different cryptocurrencies, including Bitcoin, Ethereum, Zcash, Monero, and more. The pro model features six NVIDIA GTX 1070 GPUs with a power supply of 1200 W. 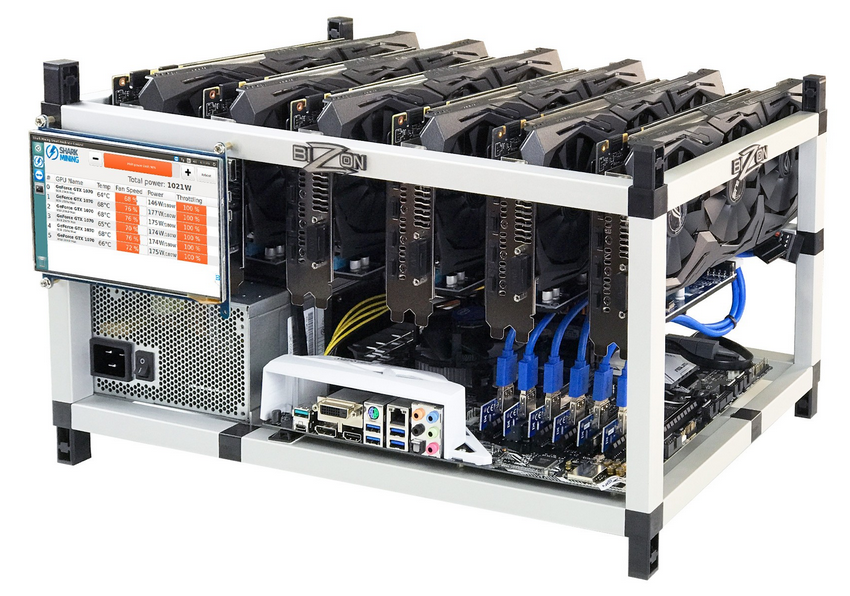 The Shark Pro also features a seven-inch touchscreen display for keeping track of its health and activities. It’s a little on the high end at $6,890, but Shark Mining estimates solid returns when you use their devices to mine ZCash, Ethereum, and Bitcoin Gold.

The Whasminer M21S is a mid-range ASIC miner with a top hash rate of 52 TH/s and consumes 3300 W per hour. This particular model comes with a 220–240 Volts power supply that makes it easier to plug into a wall outlet. It also has improved cooling over its predecessors and offers a higher hash rate with a smaller carbon footprint. 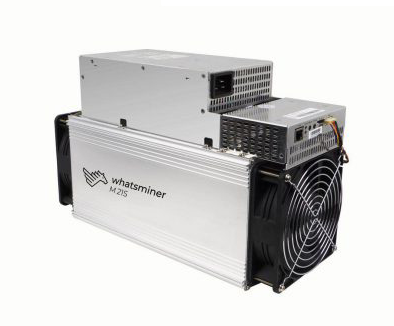 The M21S includes a built-in web management portal for ease of use. While it is a pricey rig at $2,600, the build quality and profit potential make it a very tempting choice for anyone serious about mining.

The DragonMint T1 is an efficient ASIC miner manufactured by Halong Mining for mining cryptocurrencies that use the SHA-256 hashing algorithm like Bitcoin. It has a hash rate of 16 TH/s with a small power draw of 1480 W. 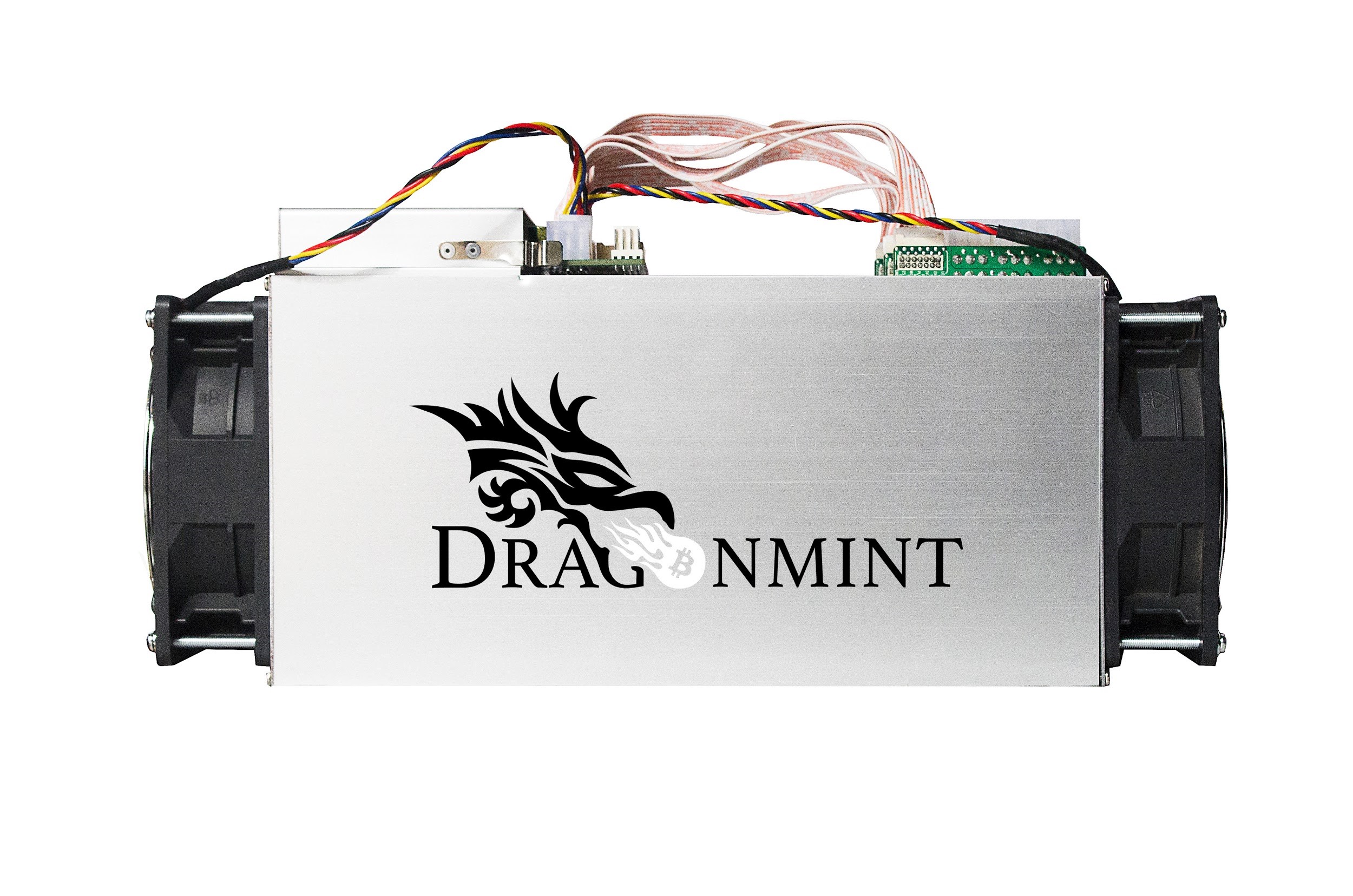 The T1 is a modest-sized device that weighs about 13 LBS and typically retails for $2,700, but there is a waiting list if you buy it directly from Halong Mining.

Setting up a mining rig is a costly investment. The less technically inclined may opt to use a mining software package instead. These apps are easy to set up and are often completely automated.

Mining apps are available for both desktop computers and smartphones. You can instantly begin mining a variety of cryptocurrencies using ASIC, GPU, or CPU devices. The app can provide you with detailed reports about how much you’ve earned, how the market is doing, and how to maximize your mining potential. Many of these apps have fees and some even require users to sign contracts, so make sure you read the terms of service before you commit to using one.

Which software people use to mine cryptocurrency

Hashnest is a cloud mining platform offered by Bitmain that rents out hardware for mining. Users can choose from a selection of Antminers, including the S17, S15, and Z11. Cryptocurrencies available to mine include Bitcoin, Dash, Litecoin, and ZCash. Users can buy or sell hash rates directly on the platform without the hassle of dealing with physical miners.

Multiminer is one of the easiest to use mining engines on the market. It works on Windows, macOS, and Linux machines. It features a clean interface, cross-platform compatibility, automated hardware detection, and other mining features. It’s free to download and use!

Awesome Miner features a centralized dashboard where users can manage multiple mining rigs and mining pools. It can handle multiple hardware types, including ASICs and FPGAs, and is compatible with several popular mining algorithms (SHA-256, X11, and Scrypt). It’s designed for Linux and Windows and can be accessed from computers, tablets, or smartphones.

An open-source mining software that supports multiple cryptocurrencies, but only works on Windows. It works with ASIC hardware. It features a “solo” mode that lets you pick your mining pool and a “moneymaker” mode that sets you up with a mining pool.

Can I Use my Personal Computer to Mine Cryptocurrency?

It depends. If you have a powerful custom-built gaming PC with good quality GPUs, then yes. However, if you have a cheap laptop with 4 GB RAM and a crappy GPU, then no. You may even end up destroying your computer.

It also depends on what cryptocurrency you want to mine. If you’re looking to mine Bitcoin, for example, then your personal computer will yield less than a dollar worth of BTC tokens in an entire year! On the other hand, if you select a less resource-intensive cryptocurrency like Electroneum, you could accumulate a decent number of coins in a relatively shorter period.

Mining cryptocurrencies like Bitcoin using a personal computer was possible and quite profitable back in 2009 when the difficulty level was minuscule and confirming one block netted miners 50 BTC. That’s no longer possible today. Not only are the hash problems astronomically more complex, but the block reward was reduced to 6.25 BTC in 2020. It will halve again in 2024.

The only way anyone could profitably mine Bitcoin or other cryptocurrencies that use the SHA-256 hashing algorithm is by building a powerful mining rig, or more realistically, join a mining pool. The same goes for Ethereum and many of the cryptocurrencies that are in the top 20 based on market capitalisation.

Technical Knowledge Required to Mine Cryptocurrency

New miners should be knowledgeable of some of the technical aspects of crypto mining. Here are a few key concepts you should be aware of:

Cryptocurrency mining is lucrative, but the process is quite complex. Bitcoin, for example, is set up in such a way that as more miners attempt to verify transactions, the more difficult the mining level becomes.

Joining a mining pool is a much better option than going at it alone. Yes, you’ll have to share the rewards, but the payouts will be more regular and your overall investment will be smaller. Let’s look at the advantages and disadvantages of using mining pools.

How Profitable is Mining Cryptocurrency

Mining can be profitable depending on what cryptocurrency you want to mine and how much you’re willing to invest in hardware or software. In most cases, group mining is a better choice.

On the other hand, if you used the above rig to mine Bitcoin Cash (BCH), you could potentially make over $150 in profit per day. To get estimates on your mining rig’s profit potential, use online profitability calculators to find out which cryptocurrencies will generate the most profit for you.

Once you get your first reward, you have two options: sell it immediately for a quick profit or ‘hodl’ it to sell in the future when it’s more valuable.

If your goal is short-term profit, then cashing out and selling your block rewards is the logical step. Here’s how you can do that:

Saving Cryptocurrency Coins in a Secure Wallet for the Long Run

The second option is to ‘hodl’ your mined tokens, which means putting your tokens in storage for sale in the future when the price is high enough to make substantial profits. ‘Hodling’ requires a secure offline wallet. Here is a list of some of the best wallets.