How to Mine Dash - Step-by-Step Guide

Dash (DASH) mining involves verifying and recording transactions on the blockchain in exchange for a reward.  Miners solve mathematical problems defined by the network’s X11 algorithm using their computing power and energy. They collectively keep the network secure, stable and decentralised.

The Dash network uses a two-tier system with miners in the first tier and master nodes in the second tier. Both tiers work together to provide instant transactions and ensure the privacy that Dash is famous for. This article will take a closer look at how to mine Dash and what you need to get started.

1
Our Quick Guide to Mine Dash
2
Requirements – What do You Need to Start Mining Dash Today?
3
How Profitable is Mining Dash?

Our Quick Guide to Mine Dash

Set up a Dash wallet

The first step before mining any digital currency is to get a secure digital wallet for storing your rewards. There are several hardware and software wallets to choose from. A wallet will ensure whatever tokens you earn through mining are safely and securely stored.

Mining Dash solo requires a prohibitive amount of computing resources. A better option is to join a mining pool—a group of miners who pool their resources to mine blocks and split the rewards. For instance, if your contribution to a pool with a hash rate of 420 GH/s is 10%, you will receive 1.457 DASH over a year.

There are checks you need to complete before you begin mining Dash. First, check your mining computer’s hash rate to figure out how much computing power you can contribute. Next, check the estimated electricity consumption and cost of power in Kilowatts per hour (kWh). Use this information to calculate whether mining Dash will be profitable for you.

Requirements – What do You Need to Start Mining Dash Today?

Mining Dash to make a profit is a long-term investment. You need to be knowledgeable about several factors, including hardware, software and other technicalities. This next section will cover everything you need to know before you become a Dash miner.

The Dash network is secured using Proof of Work (PoW) mining. Miners use specialised computers known as Application Specific Integrated Circuit devices, or ASICs for short, to solve hash functions defined by the network’s X11 hashing algorithm. They receive DASH tokens in exchange for using their computing resources to confirm transactions and secure the network.

Dash can alternatively be mined using GPUs and CPUs, but these two methods have become unprofitable since the introduction of ASIC miners. They are not recommended unless you have access to free electricity. Examples of good ASIC miners include:

The Antminer D5 is a mid-range miner from world-renowned ASIC manufacturer Bitmain. It is the successor of the Antminer D3, which was one of the most popular miners for Dash. With a price tag of $1,180, it has a powerful hash rate of 119 Gigahashes per second (GH/s) and modest power consumption of 1566 Watts (W). 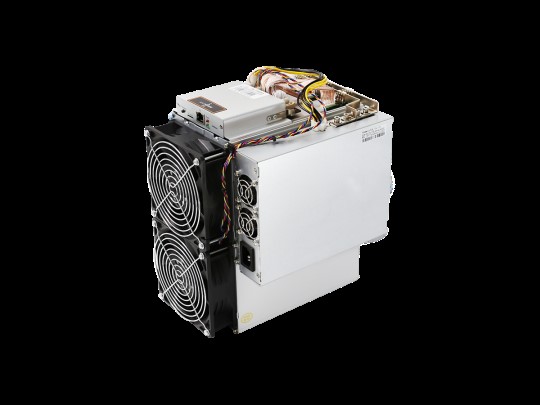 For comparison, the Antminer D3 had a hash rate of 17 GH/s and required a 970W power supply. The D5 is 4.5 times more efficient and represents a qualitative leap forward in ASIC mining tech.

The FusionSilicon X7 is a Dash miner by Shenzhen FusionSilicon Company that was first released in 2019. The device is small, weighing about 10 lbs, and has a hash rate of 262 GH/s with a power consumption of 1420W. It provides great performance with an efficiency rate of 4.96 Joules per Gigahash (J/GH). 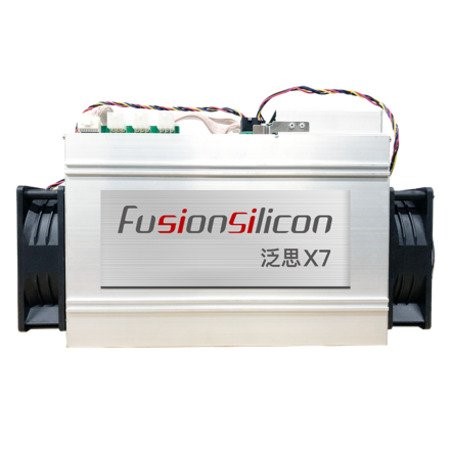 The X7 has three hash boards with 63 x 22 mm chips. It comes equipped with a control board running Linux with Cgminer pre-installed. At $1,820 per unit, it is a little more expensive than the Antminer D5, but it is also a more powerful miner in terms of performance.

StrongU STU-U6 is an ASIC miner designed by Shenzhen StrongU Technology for mining blockchains that use the X11 hashing algorithm like Dash, Enigma, Memetic, and more. It has a high hash rate of up to 440 GH/s with a power consumption of 2200W. 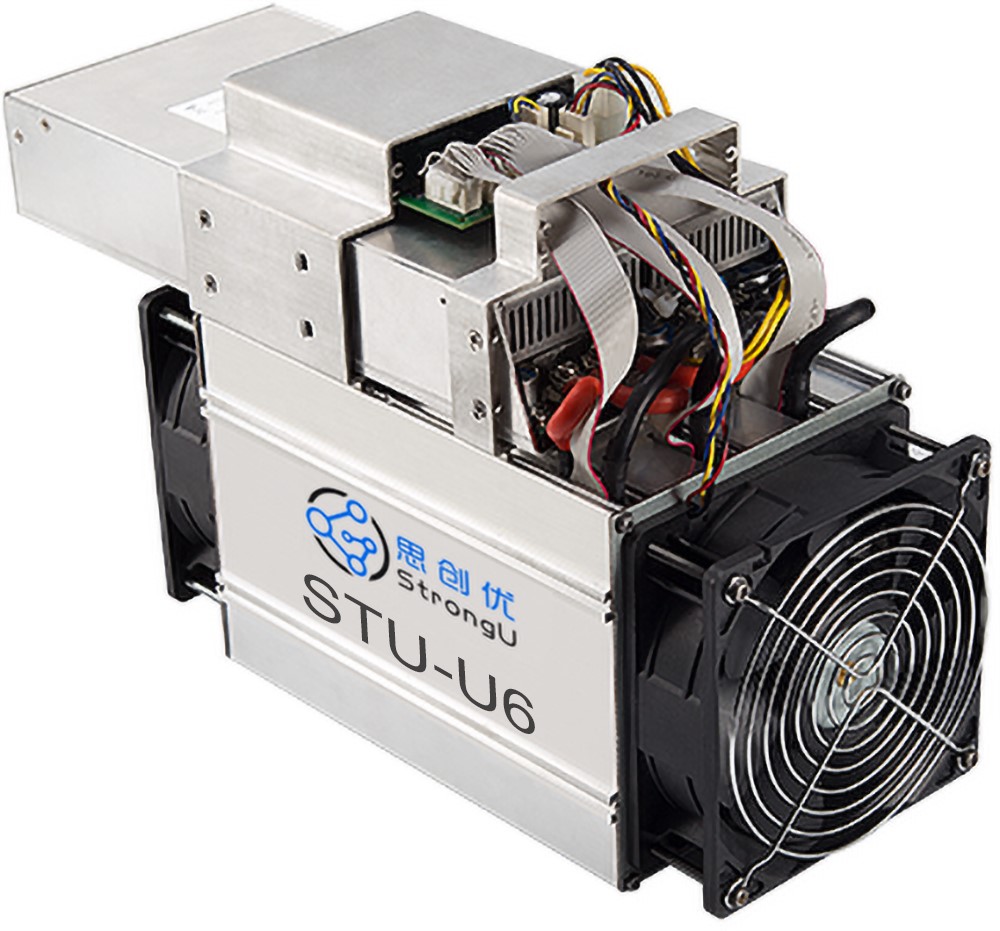 The Spoondoolies SPx36 is the most pricey option at $7,000. It boasts an impressive hash rate of 540 GH/s but requires a considerable 4,400W of electricity to operate. It can be used to mine 31 different coins, including Dash.

It is a heavy-weight ASIC miner at 42 lbs. Considering its price and hash rate, this device is better suited for experienced miners who are serious about turning a profit.

Mining software is designed to use your computer’s resources to solve PoW problems and earn you DASH tokens. These apps run in the background, and you get paid for the work your PC does. You can allocate how much of your computing resources you’re willing to spare, and the app will funnel those resources to a mining pool. Mining apps combine the processing power of thousands of computers around the world for mining, which significantly increases your likelihood of getting paid.

Once again, the prevalence of ASICs has made mining with a personal computer’s CPU and GPU unprofitable. The number of DASH tokens you will earn when you use a mining software on a personal computer will be small. However, mining software can also work on mining rigs and mining farms. Making a profit with these apps is possible if you’re willing to invest in hardware.

Which software people use to mine Dash

Awesome Miner is a crypto mining management app for Windows and Linux machines. It features a centralised mining dashboard that enables users to manage multiple mining pools and engines at once. It can handle many mining hardware types and is compatible with several mining algorithms, including X11, SHA-256, and Scrypt.

MultiMiner is another mining management app available on Windows, Linux, and macOS. It is an easy-to-use app that enables miners to easily switch their mining rigs (GPUs, CPUs, and ASICs) between different cryptocurrencies, including Dash, Bitcoin, Litecoin, Ethereum, ZCash, and Monero. It supports 17 mining algorithms out-of-the-box, such as SHA-256, X11, X13, X14, X15, Scrypt, and more. It also allows users to add unsupported algorithms, coins, and miners.

Hashflare is a cloud-mining platform where you can mine multiple cryptocurrencies, including Dash, Bitcoin, Litecoin, and Ethereum. Users can sign up to begin mining right away. Earnings are deposited directly into your wallet address.

Can I Use my Personal Computer to Mine Dash?

You could technically, but it won’t be worth the effort. Using your personal computer might have been a viable option in 2014 when the Dash network went live for the first time, but the landscape has completely changed today.

You would be competing with miners who have invested tens of thousands of dollars to build warehouses filled with racks of servers dedicated to mining cryptocurrencies. Your chances of getting paid would be akin to winning the lottery.

Technical Knowledge Required to Mine Dash

Anyone looking to get into Dash mining should be aware of some technical terms that often come up. Below are some key concepts you should know about:

A mining pool is a group of miners who pool their computing resources to mine Dash and share the block rewards. There are several Dash cloud mining pools located around the world. Using a mining pool has some advantages as well as disadvantages.

The official Dash documentation has compiled a list of 18 Dash mining pools. Some examples of popular ones include:

How Profitable is Mining Dash?

There are some factors to consider when calculating the profitability of mining Dash:

Using the above details can help you get a reasonable estimate of your mining profitability. Let’s use two Spoondoolies SPx36 as an example to illustrate how it works. Here are your theoretical stats:

If you’ve successfully mined DASH tokens, you have two options: sell the tokens for a profit or ‘hodl’ the tokens in a secure wallet address to sell at an even greater profit in the future.

The first choice is to sell your tokens. You can do so through two platforms:

The value of DASH tokens is determined by supply and demand. Exchanges and brokers usually charge based on the current market price. Keep an eye on the DASH market to determine if it’s a good time to sell or wait.

Saving Dash Coins in a Secure Wallet for the Long Run

The second choice is to ‘hodl’ your DASH tokens in a secure wallet to sell in the future for more substantial profits. Dash may not have the notoriety of some of its competitors, but that could change in the future as the digital economy continues to expand. Below are some of the most secure Dash wallet options for storing your tokens.