How To Mine Bitcoin SV - Step-by-Step Guide

Bitcoin SV is a Proof of Work network that forked from Bitcoin Cash in 2018 and through its Genesis Upgrade, uncapped block size limit to allow miners the freedom to scale. Mining on this platform, like on other SHA-256 networks, aims at ensuring transaction validity and maintaining network security.

A distributed network of specially built computers dedicates computing power towards the above process by solving complex mathematical problems. Miners then receive a reward for their effort and the process continues.  If you’re looking to understand how to mine Bitcoin SV, then this guide will explain the various processes involved and the techniques behind mining.

Our Quick Guide to Mine Bitcoin SV

Set up a Bitcoin SV wallet

Setting a Bitcoin SV wallet is the first step towards mining, and it is critical that you do it right as the wallet is where you will receive the minted coins. There are several Bitcoin SV wallets to choose from, but you should pick one that is reliably secure and suits your investment strategy.

To mine Bitcoin SV profitably today, you need to join a mining pool. This is because crypto mining has become increasingly complex and resource-intensive. While you can solo mine, the initial and overhead costs could be prohibitive. It is therefore recommended you find and join one of the top Bitcoin SV mining pools before you begin mining BSV.

Once you are set as in the above steps, you are good to go. You can now look forward to mining BSV for a block reward of 6.25 BSV plus additional revenue in transaction fees. One thing though- you need to do one last check. Go over your mining setup, wallet configuration, electricity supply (and backup), and internet connectivity. If all looks set and ready, start mining!

Requirements – What do You Need to Start Mining Bitcoin SV Today?

Mining is a significant financial investment and thus requires that you understand what you might need in place before you go on to mine. As noted above, Bitcoin SV mining is done much in the same way as on Bitcoin and Bitcoin Cash and this means considerable computing resources in the form of top-tier mining hardware.

On top of that, you need mining software. Electricity costs and other expenses that you might incur in setting up or maintaining the mining operation are also some things to consider.

Hardware forms the main part of the mining gear and the correct choice of one over the other relies on a few notable features. But before we explain this part, let's be clear that to mine Bitcoin SV today and be profitable while at it, you need specially developed mining machines called ASICs.

This is because mining the SHA-256 algorithm has moved from CPUs and GPUs, which worked before network difficulty exploded amid rising hash rate. That is why hardware devices like the Antminer S19 and Antminer S17+ are so popular with miners.

But these ASICs can be a bit pricey and you might need some serious bucks if you were to acquire several if you are looking to set up a sizable operation. For example, a newly released ASIC miner can retail for $3000—$7000, sometimes more.

But is cost the only factor to consider when getting an ASIC miner? Not at all! The profitability of the hardware device is a critical consideration, and to help you decide on that, there are three things to consider:

Hash rate tells you how powerful the machine is, while power consumption suggests how much power off the wall the device needs. This is given in kilowatt-hours and directly relates to how much you might need you'll pay per hour for electricity. Efficiency tells you just how much of the consumed power is enough to find a unit of BSV.

You can buy ASICs from the manufacturer or at a trusted distribution/vendor outlet.

Here are some of the most popular Bitcoin SV ASIC Miners today.

Antminer S19 was released in May 2020 after Bitcoin SV's halving. The device is popular with BTC miners but it also mines BSV and other SHA-256 algorithm coins. It offers 95 TH/s of mining power, with a consumption of 3250W off the wall at an efficiency ratio of 0.034j/Gh. 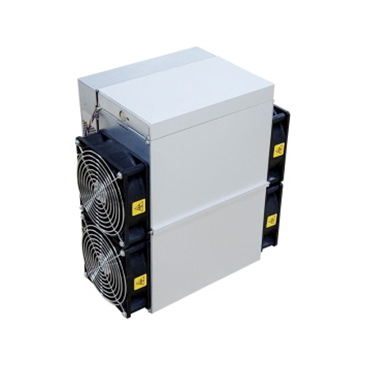 The Antminer S17+ is a product from China-based ASIC maker Bitmain. The SHA-256 miner was released in December 2019 and comes with 76TH/s of computing power, 2900W in power consumption, and efficiency of 0.04j/Gh. 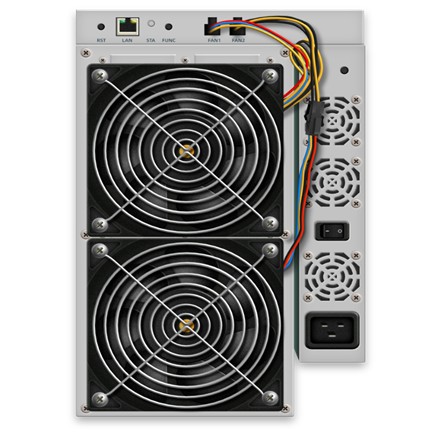 The AvalonMiner 1166 Pro is another top ASIC miner from Canaan, one of the earliest companies to make Bitcoin miners. The 1166 Pro was released in January 2020 and packs a hashrate of 81TH/s, consuming 3400W off the wall. The miner offers an efficiency ratio of 0.042j/Gh and if you worry about cooling, there are four (4) 12038 fans to ease your concerns.

Apart from hardware, you need mining software before you can configure your mining operation and begin to mint new coins. There are several BSV mining software options you can choose from, and what you decide to use will depend on your hardware tool or mining pool.

You need the mining software to connect your hardware to the network as well as to configure your crypto wallet to receive coins.  The software interface can work on desktops or mobile devices and you need to be keen on this, especially if you would like to mint BSV on the go.

Which software people use to mine Bitcoin SV

Since Bitcoin SV mining rigs are the same ones that miners use to mint BTC or BCH among other SHA-256 coins, the application software is also the same.

Remember that you only need to download and install mining software if the ASIC miner doesn't have one pre-installed. You'd also need to check with the mining pool to ascertain the compatibility of your hardware and the supported mining software.

The most popular mining software people use today include CGminer and BFGminer. These offer a command-line interface (CLI) that allows you to be hands-on in the mining process. EasyMiner, MultiMiner and Awesome Miner are some other great options that you can check out.

Can I Use my Personal Computer to Mine Bitcoin SV?

You could, technically speaking. But that isn't practically possible given the most popular hardware for mining SHA-256 coins today is ASIC miners. You need a lot more hashing power to mine BSV, which a personal computer just can't offer. In 2009 when Satoshi Nakamoto launched Bitcoin, it was certainly possible to use a CPU. It remained so for a while, but as the network grew and more powerful computers were needed, miners moved to graphics cards (GPUs). But that too isn't very competitive in the face of extremely powerful devices in the shape of application-specific integrated circuits.

Today, if you want to mine BSV profitably, as noted earlier, invest in an ASIC and join a mining pool.

Mining can be an enjoyable venture, especially if you have the right equipment and are looking for profits. To help you get a grip on what crypto mining is and how it works, here is a list of popular technical terms.

Consensus algorithm: A protocol that allows participants on a blockchain platform to reach an agreement on the validity of transactions. Bitcoin SV's SHA-256 is an example of a Proof of Work consensus algorithm that provides for mining as a form of building network consensus.

A Bitcoin SV mining pool is what you need if you don't have the capital to set up a large mining operation boasting a hash rate capable of competing with big mining farms. A "pool" brings together several small-scale miners whose resources add up to massive computing power. As a result, miners in a pool can regularly mint blocks and earn a reward for using their resources to secure the network.

You can join any mining pool you want, but the recommended ones have high hash rates and are reputable. The latter means that you can be safe in the knowledge that you will get your share of the reward and not be scammed.

Remember that mining pools have different ways of sharing mining rewards, and some charge pool fees. You, therefore, need to understand this first before you sign up with one. If everything is set, use your pool's dashboard to monitor the mining operation, including keeping tabs on your hashrate and potential payouts.

Cloud mining Bitcoin SV is another option to consider if you don't want to set up elaborate hardware. A cloud mining service will allow you to rent hashing power for a fee and mine on your behalf. It then pays you a share of the reward as agreed in the mining contract that usually runs on two common time frames: monthly and yearly.

What advantages and disadvantages does cloud mining have?

How Profitable is Mining Bitcoin SV?

Mining BSV can be profitable, but the question of how depends on several factors that you must consider before you decide whether mining BSV is worth it or not. Note that calculating profitability depends on these factors:

Using these details, you can calculate Bitcoin SV mining profitability.

But note that these are speculative figures and a lot can change depending on BSV price, mining difficulty and performance of the hardware. As such, recalculate profitability over time to see how well you are doing. If need be, try to increase your hash rate by investing in more ASIC miners.

Congratulations! You can now decide what to do with the funds. First, ensure they are in a secure wallet, and then proceed to do one of two things depending on your preference:

If selling the Bitcoin SV coins is your decision, then proceed to a cryptocurrency exchange or find a buyer on a peer-to-peer platform.

Cryptocurrency exchanges: to use an exchange you need to have an account and in some cases complete a KYC verification process. Once you are set, transfer the coins you want to sell to the exchange and proceed to sell. Remember exchanges charge a service fee, which you need to take into account as you consider your final profitability.  Don't keep your coins on the exchange if you have no immediate plans to sell.

Peer-to-Peer network:  You can also find a buyer for your BSV on a peer-to-peer (P2P) platform. Here you can find local buyers who can pay in your preferred currency. Ensure the platform is reputable and only transact when assured that the payment has been made into your account or in an escrow service.

Once you safely secure your BSV coins in your offline wallet, you can hold them long-term. This is called "hodling", a term in cryptocurrency circles that refers to holding assets for a longer period. You don't sell in the short term, no matter how the price moves. The strategy is advocated out of the conviction that the BSV price is currently extremely undervalued and that it will rise exponentially with further network growth and adoption.

If you choose to hodl, ensure you are storing the coins in the most secure wallet you can afford. This is usually a hardware wallet or some other reliably safe option. To help you in your research on this, we have listed recommended wallets that are popular with investors. Here are the most popular Bitcoin SV wallets: