How to Mine Bitcoin Gold - Step-by-Step Guide

Proof-of-work cryptocurrency networks rely on miners to maintain network security, validating transactions and to ensure decentralisation. Miners ensure that network transactions are validated by using their computing power to solve complex mathematical problems. The new block is added to the blockchain while the successful miner gets rewarded with newly created coins.

This is what happens on the Bitcoin Gold (BTG) network, a digital currency created in 2017 following a Bitcoin hard fork. This guide details everything you need to know about how to mine Bitcoin Gold, including the best hardware and software to use.

Our Quick Guide to Mine Bitcoin Gold

Set up a Bitcoin Gold wallet

Before you mine Bitcoin Gold, you need to have a wallet where you'll receive and store the mined coins. Ensure the wallet is compatible with BTG, for which there are several options to choose from in the market. These include mobile wallets that offer greater accessibility and hardware wallets for high-level security.

As you prepare to start mining Bitcoin Gold, you need to decide whether you are going at it solo or via a mining pool. Although you can solo mine with Bitcoin Gold's Zhash algorithm, you have a better chance of getting the reward when you combine resources with other miners in a "pool".

Before you begin, quickly go over the mining setup, confirming that you have your wallet and software properly configured. Generally, you want to ensure you are set to roll. Once you are satisfied that you have all boxes checked, start mining.

Requirements – What do You Need to Start Mining Bitcoin Gold Today?

To mine Bitcoin Gold, you need the right type of hardware and software, as well as have access to electricity and a stable internet connection. If you have these in place, you are good to go and could soon be among the people helping to secure the Bitcoin Gold network.

Bitcoin Gold changed its Equihash mining algorithm, revamping it to Zhash (Equihash 144_5) after a series of 51% attacks in the summer of 2019. The new algorithm is still a Proof of Work consensus mechanism that is designed to be ASIC-resistant. It's a version of the same PoW algorithm used on the Zcash network.

And that is why the graphics cards (GPUs) are used in mining Bitcoin Gold and remain the most popular hardware for mining this cryptocurrency. Currently, the most in-demand video cards for BTG mining are those designed for high-end gaming by GPU giants AMD and Nvidia.

To mine more effectively, you need several powerful GPUs, each packing a decent amount of hashing power. Although they might be a little expensive, a powerful video card gives you enough speed to compete for blocks.

The rigs also need a high-quality Power Supply Unit (PSU), a Motherboard that supports 6 GPUs, and a way to cool the hardware. If you don’t invest in fans and the equipment overheats for lack of proper cooling, your mining operation could as well be dead before it even starts.

Most of the GPUs support Windows or Linux OS. 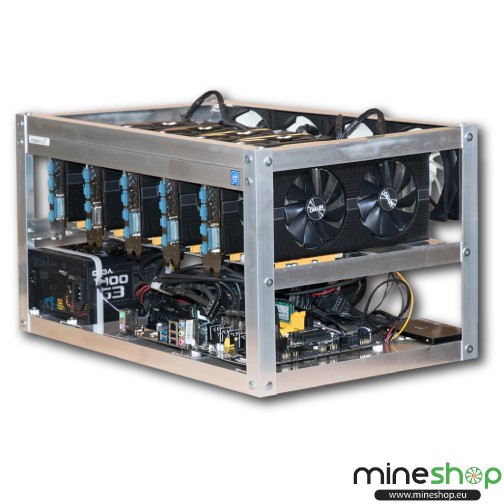 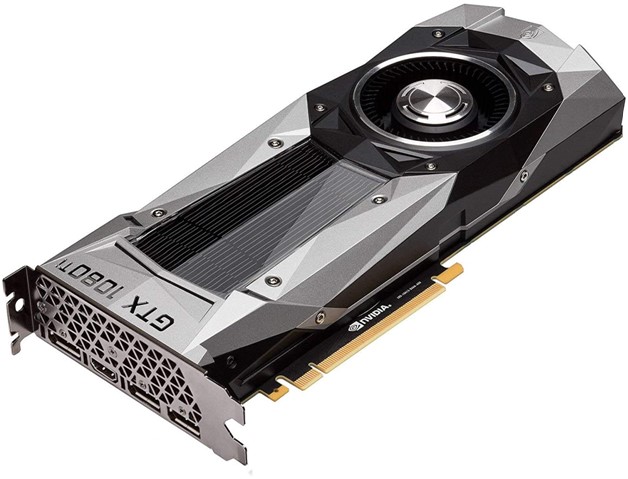 The GTX 1080 Ti ranks as the best GPU for Bitcoin Gold mining. This remarkable graphics card offers processing power of up to 700 H/s and draws 190W. 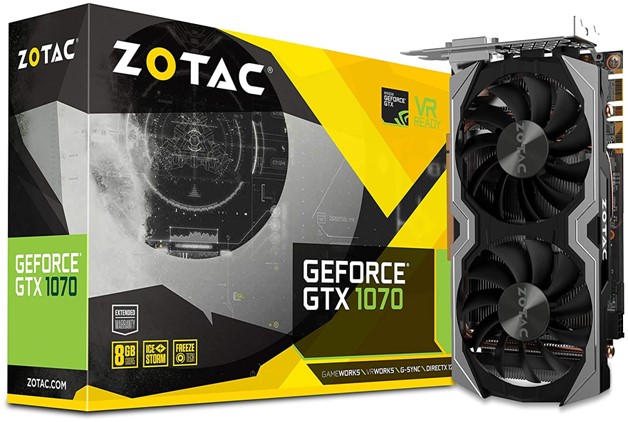 The GTX 1070 offers a hash rate of 440, drawing 165W. This is a great graphics card for Bitcoin Gold mining and has a high resell ratio and great power. 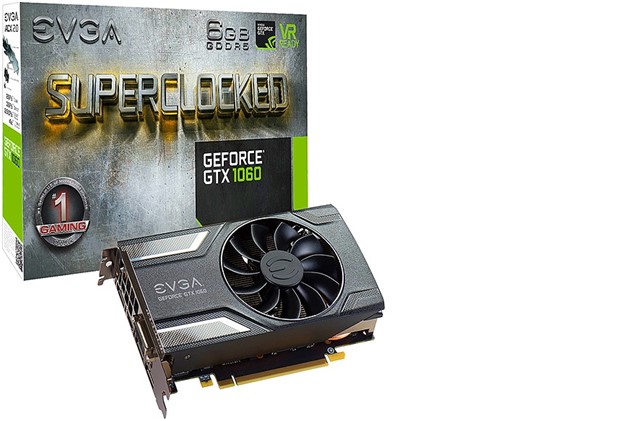 The GTX 1060 is another popular BTG GPU mining card that comes with a hash rate of 400H/s. It consumes 100W, and offers one of the fastest processing speeds for GPU miners.

Software is a key requirement if you are to mine any cryptocurrency, let alone Bitcoin Gold. What software does is allow you to connect your hardware equipment to the BTG blockchain. You use the interface to configure mining settings before you begin to mine for the reward on offer.

Some software download to your desktop computer and support Windows and Linux OS, while some come with support for mobile access via Android and iOS. Take note of this fact too as you choose your mining software. If you are using a mining pool, you should find out the supported products before you proceed.

Which software people use to mine Bitcoin Gold

There are several providers of Bitcoin Gold mining software in the market today, which means a beginner miner won't have a problem with a suitable one. But which software do people use most when mining BTG?

OptiMiner: OptiMiner is a Windows and Linux compatible software tool that supports both AMD and Nvidia graphic cards.

Claymore's Dual Miner: The Dual Miner is a great software tool that comes with an easy-to-use interface. It's compatible with Windows and supports AMD and Nvidia graphic cards

Can I Use my Personal Computer to Mine Bitcoin Gold?

As noted above, Bitcoin Gold uses a mining algorithm that is ASIC resistant, which means CPU and GPU mining.

In this case, you can mine using your personal computer or even one of these powerful laptops. However, even though you can technically mine Bitcoin Gold on your computer's processor, you will find it too slow. And because the PC lacks the processing speed to compete with powerful video cards, you are likely to never mine any BTG with just the computer.

If you want to use your home-grade processor to mint BTG and have a chance to recoup more than just electricity costs, give it a boost by adding dedicated GPU power.

As mentioned earlier, you will need six video cards, a good hard drive, RAM (4 GB or more), a motherboard, a power supply unit and a cooling system.

With these in place, you can assemble a simple but powerful enough GPU mining rig to work with your PC. If you cannot manage the above setup, then thinking of mining with your consumer-grade computer is like experimenting on how fast your device can get damaged.

Mining can be a complex activity, especially for a newcomer with no grip on the technical language used in crypto mining. You need the right tools to mine, but topping that with an understanding of how mining works will make it even easier to get going. To help you get a grip on some of the words, we have provided a simplified explanation of crypto mining terminology.

Bitcoin Gold (BTG) supports GPU mining, which effectively means you could assemble a powerful rig or rigs and do some solo mining. However, your chances of getting the block reward increase significantly when you join a mining pool.

A mining pool will offer you a chance to get a share of the reward proportional to your hash rate. Although small, the reward will be regular and more likely to see you turn profitable faster than if you solo mined.

When choosing a Bitcoin Gold mining pool, it is important to find out about its hash rate, fees and reputation. These factors can tell you about the likelihood of the pool frequently solving blocks as well as what you will have to pay. A reputable pool is one likely not to scam you.

You can also mine BTG without having to buy, set up, and run the mining hardware. This is because of the concept of cloud mining. A cloud service company managing massive data centres that rent out hash rate, which you can use to mine Bitcoin Gold without the need to own or run any hardware machines.

In cloud mining, you buy the hashing power. The service company will ensure you get the computational power to mine BTG for the agreed period. You don't have to worry about maintaining hardware or looking for a cheap source of electricity.

How Profitable is Mining Bitcoin Gold?

Profitability is a key consideration that you must make before you start mining any cryptocurrency, Bitcoin Gold included. While you can profit from mining BTG today, how well you do will depend on several factors that include initial investment and overhead costs.

To determine how profitable mining BTG is at the time of your investment plans, use a Bitcoin Gold mining calculator. You can then check how much revenue mining BTG will bring you in a day, week, monthly, or annually based on the following parameters:

Congratulations! You are now in the league of successful Bitcoin Gold miners. You have the coins safely in your crypto wallet and the next step is to figure out what to do with them.

If you decide to sell your mined Bitcoin Gold immediately, then you can do so via a crypto exchange like Coinbase or Binance or sell directly to a buyer on a peer-to-peer platform.

Cryptocurrency exchange:  If you don't have an account, proceed to open one on an exchange of your choice. Once you verify your identity, move the coins from your wallet to the exchange. Go ahead and sell your BTG for fiat, then withdraw the money. You could also buy other coins on the exchange.

Note that selling on an exchange might attract additional transaction fees and that best practices recommend you move any coins you don't plan to sell off the exchange.

Peer-to-peer network:  P2P platforms are marketplaces that pair crypto sellers with buyers. Here you can sell your BTG for your local fiat currency. Once you agree on the price and payment method, ask the buyer to first send the money before you transfer the BTG to the wallet address they provide.

If you don't want to sell the BTG coins immediately, you can store them securely in a wallet and hold them as a long-term investment. In cryptocurrency, the term for this strategy is "hodling".

What it means is that you hold onto the coins and never sell no matter how the market outlook changes in the short term. Crypto investors use this strategy because of the idea that a digital currency is greatly undervalued at current prices.

Hodling requires that you store your coins in a secure wallet, preferably one that keeps your private keys offline.

If you don't do that, you could risk losing your funds- especially if you leave them in a hot wallet. The good news is that several wallet options offer top-notch security features for long-term hodlers. Here are popular recommended wallets for storing Bitcoin Gold.